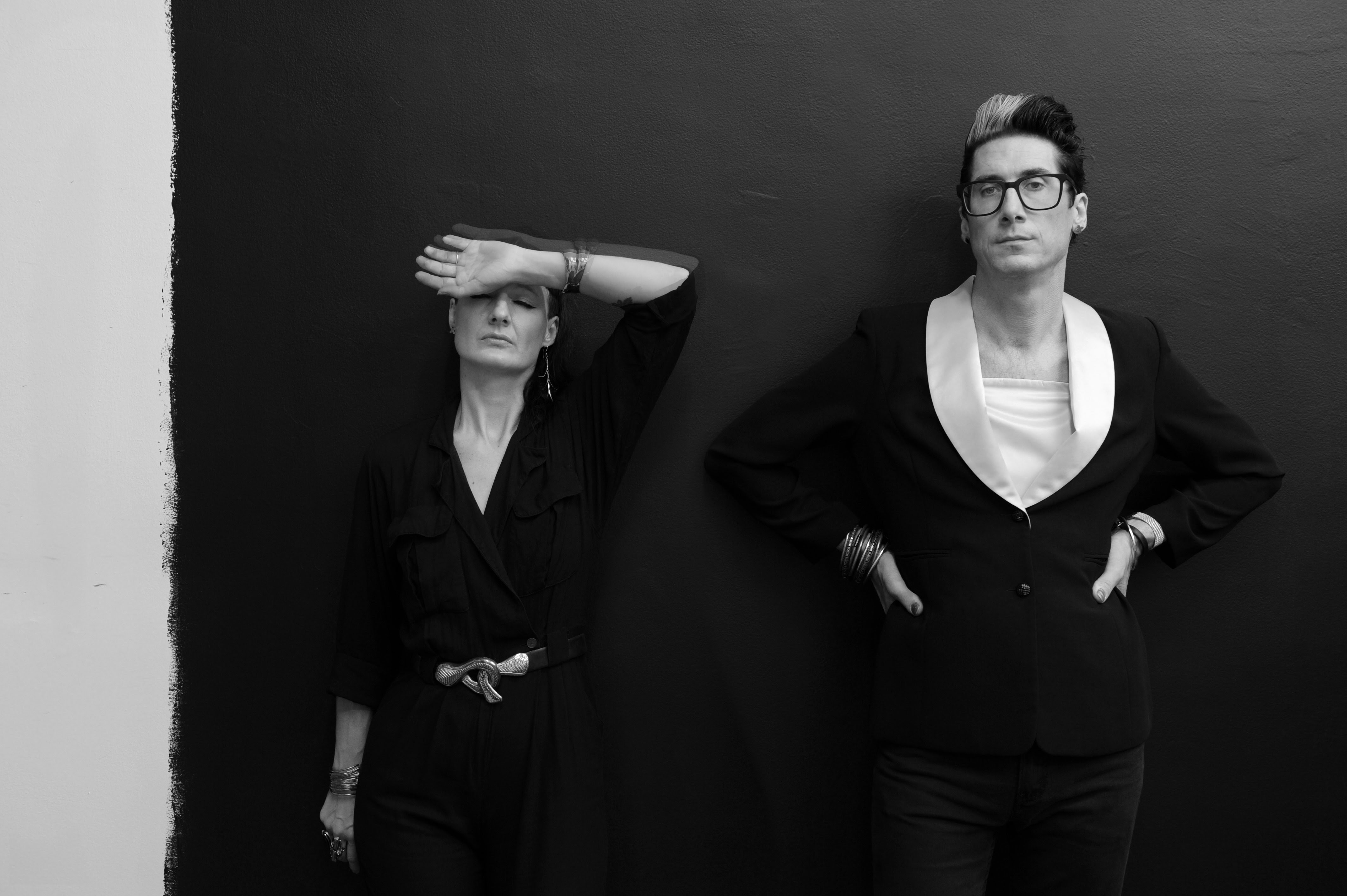 ADULT. hav Release New Video For “Uncomfortable Positions”, the track comes off their current release Detroit House Guests, now out on Mute Records.

Lun*na Menoh, whose work deals with “fashion, clothing and exposing the invisible thread between performance and fabric,” and Nicola Kuperus recorded the video in one take – both blindfolded, manipulating a sewing machine hooked up to effects pedals.

“Uncomfortable Positions” is taken from the band’s latest album, Detroit House Guests, a project conceived by ADULT. based on the visual artist residency model. Each musician came to ADULT.’s studio for a three week period with the parameter that they all live, work and collaborate together. The result – a total anthropological sound experiment and a full length album.

Kuperus and Miller also make sculpture, paintings, films, photographs, performances, videos and installations. They strive to intersect the lines between art and audio and have exhibited their work at institutions such as the Austrian Cultural Forum (NY), Mattress Factory (Pittsburgh), Detroit Institute of Arts (Detroit), MOMAS (Saitama, Japan), and Centre d’art Contemporain de Meymac (FR). They have shown their film The Three Grace(s) triptych at spaces such as Anthology Film Archives (NY), Distrital Film Festival (Mexico City), and Grey Area for Art and Technology (SF).