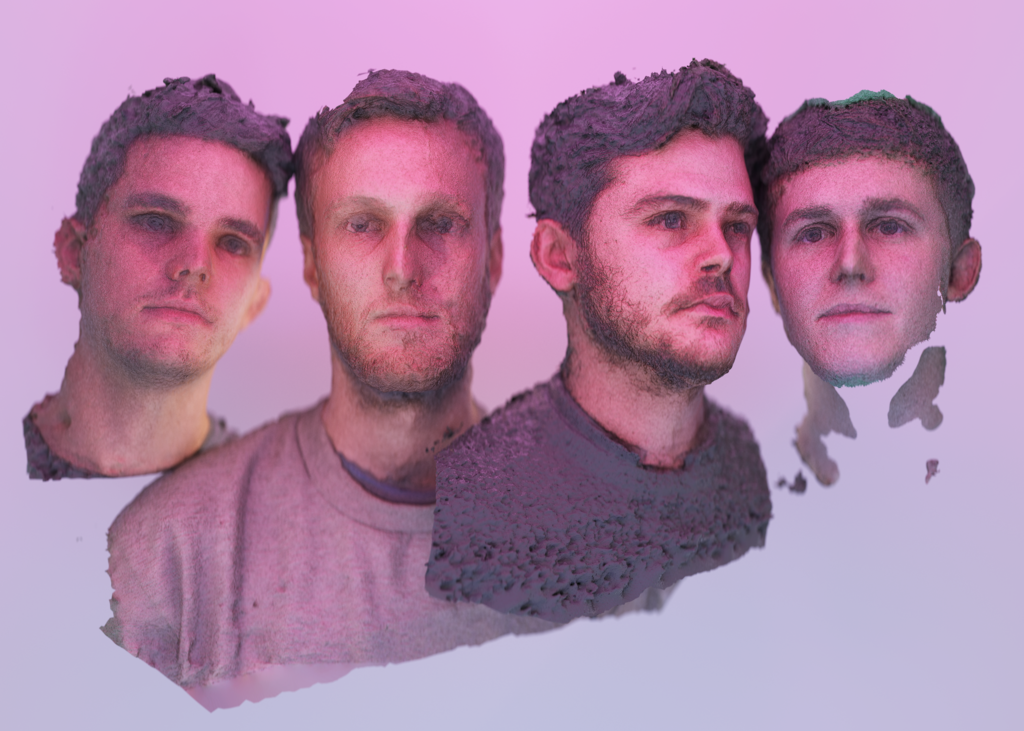 Adult Jazz return with a new record on May 20, Earrings Off!, their first for Tri Angle. Accompanied by the visuals of Sam Travis, the full-length is an ambitious sonic and visual exploration into the gendered body. With the album announcement, Adult Jazz have shared the first single, “Eggshell,” in the form of captivating visuals.

Following their debut release Gist Is, Earrings Off! finds Adult Jazz veering into more electronic territory with elasticated beats and harsh vocal experimentations riding alongside off kilter horn arrangements and treated string sounds, all shaped by the band’s inimitable and unpredictable songwriting.

Singer Harry Burgess explains, “the record is about masculinity – embodiment, lust, idealization, privilege, legitimacy and limitation. It’s about acknowledging the weight, with a view to liberation from its past clout. It’s about picking your ideal body, and playing with body language to achieve authenticity. It’s about the possibility of authenticity. Some identities are culturally designated as coherent, and work off the hanger from birth. Some are more bespoke!”

The title came from a story about Harry’s brother when he was younger. At the age of 6, he was given a gold sticker for some schoolwork. He and a male friend put them on their ears. A dinner lady said they, “looked like a couple of pretty girls.” “Naturally, he kicked her in the shins. I mean how dare she? Both her comment, and the resulting response are at the crux of the record.”

Adult Jazz first appeared back in 2013, with debut single “Springful.” Their debut album Gist Is followed in 2014, self-released on their label Spare Thought. Following the release of Gist Is, the band went on to play tours around Europe as well as festivals including Latitude, End of The Road, CMJ and Iceland Airwaves. The latter was attended by none other than Bjork, who was moved to write about Adult Jazz as ones to watch for Art In America Magazine. David Byrne followed suit and asked them to play at last year’s Meltdown festival with Young Marble Giants, while further endorsements came from diverse remixes by Oliver Coates, Happa and a very rare re-work from Shabazz Palaces.