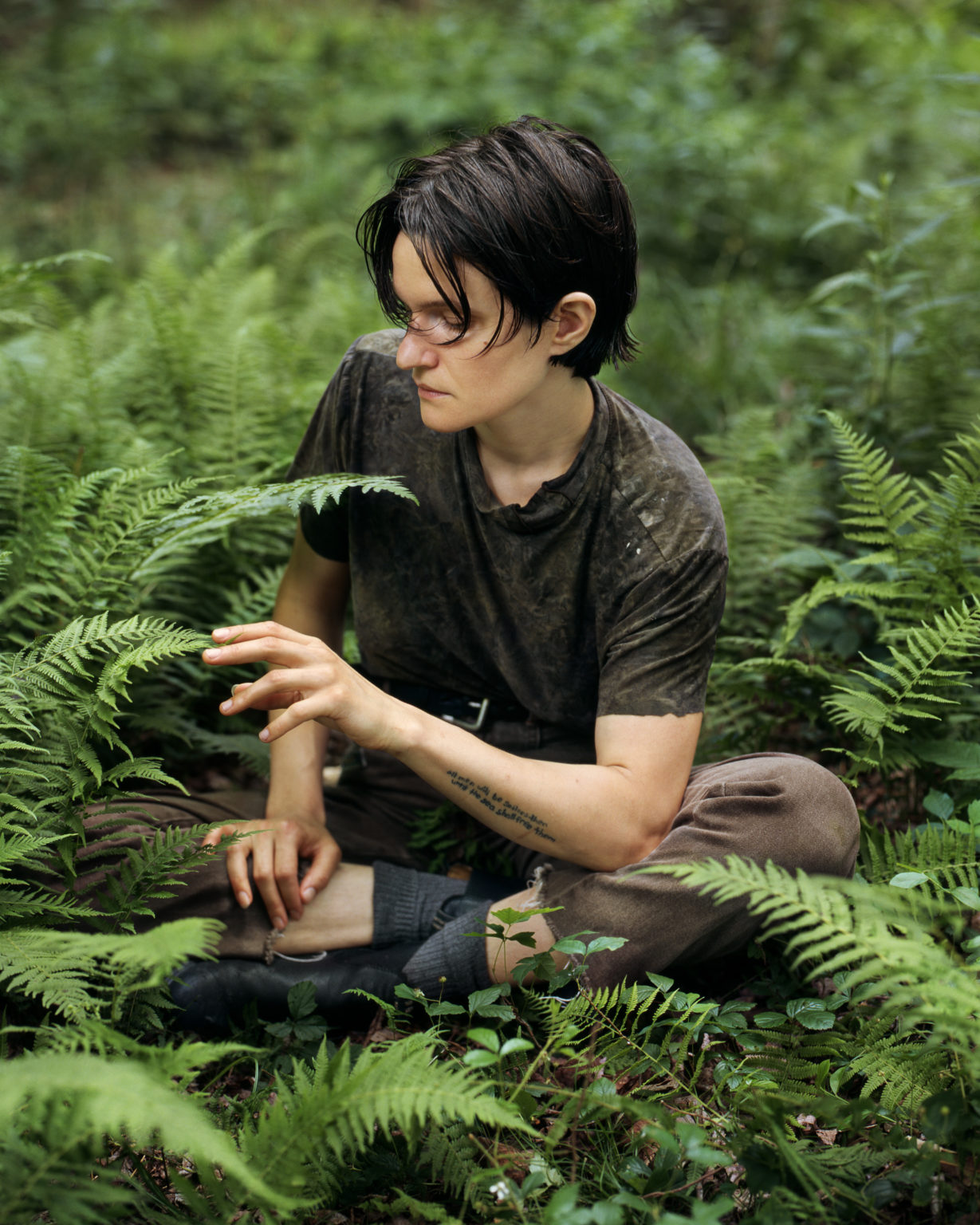 Adrianne Lenker songs and instrumentals,
Share on TwitterShare on PinterestShare on PocketShare on RedditShare on FacebookShare on Email

Adrianne Lenker, has announced two new albums, songs and instrumentals, out October 23rd on 4AD. Today, the Big Thief singer has shared the single, “anything.” Both albums were written and recorded in April after Big Thief’s March tour was abruptly cut short due to coronavirus. After returning to the states from Europe, Lenker decamped to a one room cabin in the mountains of western Massachusetts. “I grew really connected to the space itself,” says Lenker. “The one room cabin felt like the inside of an acoustic guitar — it was such a joy to hear the notes reverberate in the space.” Lenker enlisted the help of engineer Philip Weinrobe, gathering a mass of tape machines, a binaural head, and a pile of XLR cables.

After almost three weeks of setup and troubleshooting, the studio finally was operating — although the only functioning tape recorder the duo had was Phil’s battery powered Sony Walkman. Although at peace with the idea that they might just be recording the whole record on cassette tape, a friend was able to dig a Otari 8 Track out of storage and deliver to the pair right before they’d lost all hope. Nine of these songs were written freshly during the recording session. Lenker and Phil began and closed each day with an improvised acoustic guitar instrumental, later making a collage of their favorite pieces, which became the first side of the instrumentals album. “We wanted to make a record that put you, the listener, in the most intimate position possible,” explains Weinrobe.

“I had a handful of songs that I was planning on recording, but by the time Phil arrived I was on a whole new level of heartsick and the songs were flying through my ears,” says Lenker. “I was basically lying in the dirt half the time. We went with the flow. A lot of the focus was on getting nourishment from our meals. We cooked directly on the woodstove, and we went on walks to the creek every day to bathe. I’m grateful that this music has come into existence. These songs have helped me heal. I hope that at least in some small way this music can be a friend to you.”

This recording is 100% analog-analog-analog (AAA). No digital process was used in the production of this sound recording. Weinrobe describes the process in more detail: “Not only does this process allow for a very specific type of sonic experience to come alive, but the process also dictates how we work. The fine-toothed editing and micro adjustments that every modern record relies on are not available. The computer screen is not glowing while the music is being recorded. The entire workflow becomes a part of the music in a way that is simply not possible when working in digital audio. AAA is a very labor and resource intensive process and it has a wide array of limitations compared to digital record making, but there is no other way we could have achieved both the capture and delivery of this music without it.”