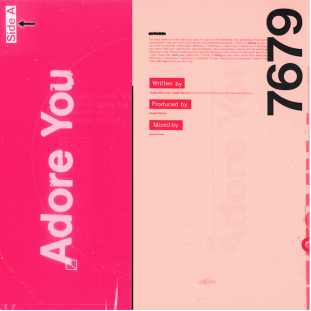 Jessie Ware on “Adore You”;

“I’ve wanted to work with Joe for such a long time and this is the first thing we did in the studio together. This is ‘Adore You.’ It’s just a little something to tie you over with until my next release. It feels fitting to put this out when I’m about to become a new mum again and feel the most confident I’ve ever felt about my music. Happy Valentines, I adore you all.”

It’s been a transformative period for Jessie that has seen her reconnect with her roots. Jessie has been in the studio working on her next album and has released “Adore You” as a taster record for what’s to come.