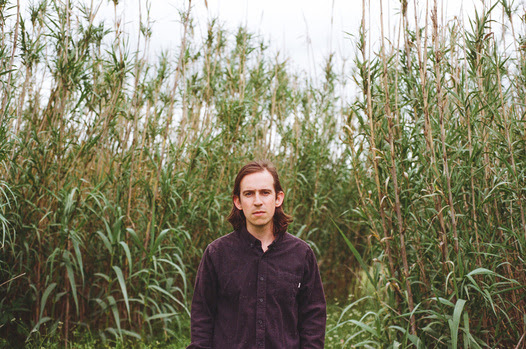 Austin-based singer-songwriter ADAM TORRES, has premiered his new single “Juniper Arms,” off  his new album Pearls To Swine, due out via Fat Possom on September 9th. The clip was directed by Brian Wiebe and features dancers Oren Porterfield and Jordan Moser from Ballet Austin.

Torres’ music is marked by his strikingly varied falsetto delivery inspired by traditional vocalists such as John Jacob Niles and Robbie Basho, whilst he continues the modern singer-songwriter tradition of Bon Iver, Damien Jurado, Bonnie Prince Billy, Fleet Foxes, Phosphorescent or The Cave Singers. Pearls to Swine is his first new album in ten years (following on from cult classic Nostra Nova) and was recorded over eight days in January at Austin’s Cacophony Recorders with co-producer and mixer Erik Wofford (Bill Callahan, Black Angels, M. Ward, Okkervil River). Laid directly to tape, there’s a natural, warm, and almost magical realism atmosphere to the songs – like a high-stakes live show captured in a fantastical setting, each its own uniquely crafted cinematic soundscape.

Pearls To Swine will be released on September 9th, 2016 via Fat Possum. Adam has also announced a lengthy US tour this autumn with his band, which features Swans’ Thor Harris  (on conga drums, vibraphone, and percussion), Aisha Burns (violin), and Dailey Toliver (bass/piano).

To truly understand Pearls To Swine and Adam’s arrival on his current path, one has to start at the beginning. In 2006, the then 20-year-old released his idiosyncratic, varied, and beautiful debut album, Nostra Nova. A DIY self-release, the album became a closely-held, sleeper favourite in the close-knit music scene of Athens, OH and over the years grew to a ‘cult classic’-like status. But not long after its release, Adam turned his focus from pursuing music professionally to other interests: he returned to college; traveled, taught, and volunteered in South America; moved to Austin to attend graduate school; and spent two years working for the state of Texas on a project aimed at cleaning the water quality of the Rio Grande River in South Texas.

All the while, he never stopped playing music, writing songs, or performing. Having penned more than 100 songs since 2006, Adam quietly released his first music since Nostra Nova in 2012 through DC cassette-label DZ Tapes, which featured tape-recorded demos made inside the apartments he lived in during his time in Ecuador. In 2015, Nostra Nova saw a small reissue and finally achieved its due outside of its underground.