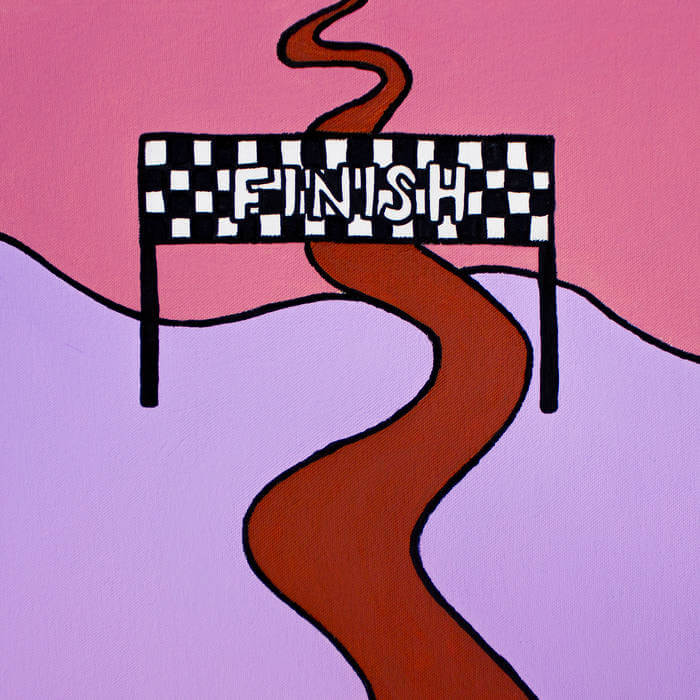 There are moments in everyone’s lives when you realize you’ve been trudging along and working away to establish yourself on whatever path it is you’ve chosen when you think maybe this isn’t what I actually want to be doing with my time. In the case of producer and songwriter Brian Yim, it was twenty six years of living, going to school and working before he realized his passion wasn’t being stoked by his reality.

Yim deep dived into his love of music and, over the course of the next two years, the bedroom producer devoted himself to writing and recording songs. His first offering, as adam brian paul, is the enchanting pop gem wait, the path never ends?. The five song EP is a diverse blast of genre hopping and hooks galore, all held together by the singular vision of its creator. Seemingly inspired by everything from Prince to Weezer, with possibly a little eels thrown in for good measure, the record is a delight that shows a ton of promise from its unassuming composer.

The album kicks off with “Excelsior” and a sultry keyboard wah that carries us off onto a sea of bright and bouncy R&B. Yim takes his time to set the groove, letting the chime guitar chords and bouncing bass line hold everything down until his careful tenor slinks in to set a smooth course. The record’s debut single “Moving On” ups the tempo some with a groove and vocal melody that honestly wouldn’t seem super out of place on a Pains Of Being Pure At Heart record. The doo doos that occupy the chorus, all filtered out and angular, create an amazingly effective and simple hook that should repeat on you shortly after the first listen. Yim is quite the talented musician and well rounded producer. Everything on the record sounds great and the arrangements, while not being too far out there, throw in enough curve balls to keep you on your toes. “Keep Hurting Myself” starts out very similarly to Weezer’s Blue Album classic “Undone (The Sweater Song)”, all the way down to the chattering of the party people in the background. While Yim carries himself much differently to Rivers Cuomo and company, he does manage to tap into their vibe when shredding in the song’s wonderful guitar solo break.

wait, the path never ends? should prove to be a great calling card for Yim’s talent. It’s an easy breezy listen but not one that just coasts along on charm but genuine flair and faculty, It’s great that Yim was able to spend some time away from what he thought he should be doing with his life to now with what he definitely needs to be doing. With wait, the path never ends? this shake up also has proven that his move just wasn’t for the greater good of himself but all of us too.