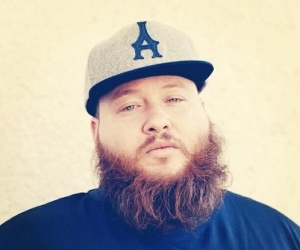 Action Bronson, the Flushing, Queens chef-turned-rapper and Vice/Atlantic artist, has announced a free album with producer Party Supplies. Blue Chips 2, out this Friday November 1st. The record, which features guests Mac Miller, Big Body Bes, Ab-Soul and more, is a follow up to 2012’s highly lauded Blue Chips mixtape. This new project serves as a bridge from his most recent Saaab Stories to his forthcoming full length major label debut on VICE/Atlantic coming in 2014. Action’s culinary background is lyrically apparent on tracks that are equal parts Eric B & Rakim and Eric Ripert, detailing his diet in decadent descriptors served with the Queens stilo that has defined his career.

Bronson effortlessly draws parallels between his trades, never allowing novelty to overshadow the inherent talent that blindsided critics and fans alike when he dropped his debut full-length, Dr. Lecter, in 2011. Since then, he’s collaborated with a litany of unexpected names, from established veterans like The Alchemist to the most currently buzzing artists like Riff Raff and Chance the Rapper. He’s recognized by fans and peers as one of the best rappers doing it, and he shines on Party Supplies’ sample chops like it was the (second) job he was born to do.

Blue Chips 2 sees Action set himself apart from the herd with a passion that has established him as such a richly unique character in rap music.  Check out the album trailer featuring Action as NBA mogul/game influencer and his “involvement” in the widely recognized 1995 Eastern Conference semifinals Knicks/Pacers game 7. It’s this contrast, murking a grimy beat with a humor and skill, that has attracted so many. If you missed the intro to his new Vice food series take a look below.