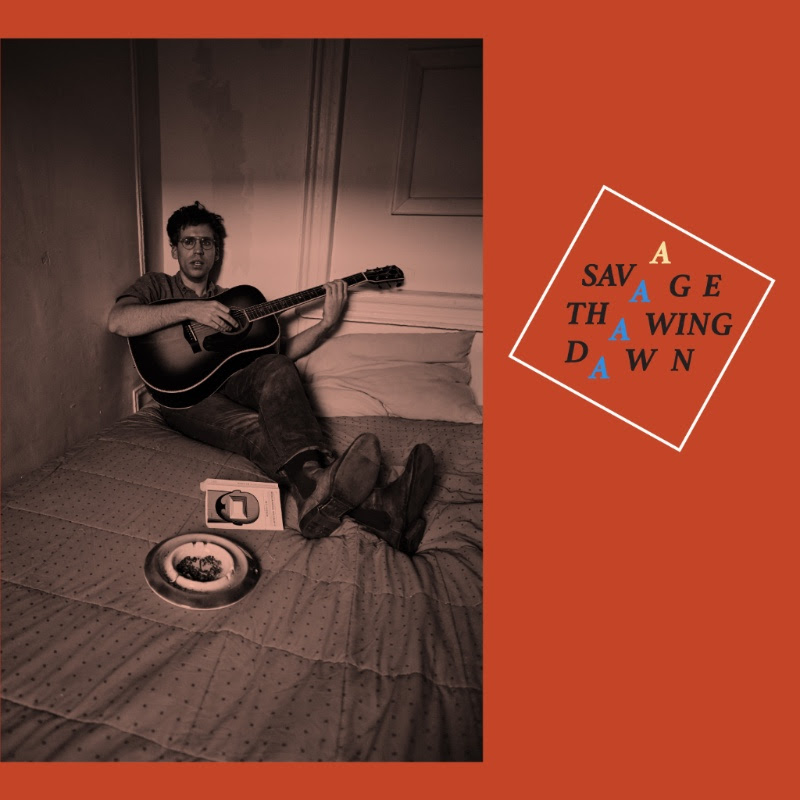 A.Savage is best known as the frontman for Parquet Court, a duty split with fellow Texan Austin Brown. Their last record, Human Performance, delved into the emotional wreckage of a broken heart. With Thawing Dawn. For the first time, we hear songs about being on the inside of love. Rather than lamenting the end of a relationship, we hear a voice trying, in the moment, to make sense of love’s mysteries. “Part of this maturity,” he says, “is reflecting on something when it’s happening, not just when it’s gone.”

“Daybreak tends to creep up on you. Emerging from starry darkness, the sun wobbles at first but proceeds on its scheduled arc. You can’t help but wonder if it ever looks back in disbelief, or regret. This feeling of self-reflection—of looking back to see how far you’ve come—is precisely the sentiment of” Thawing Dawn, the first solo record from A. Savage, comes out October 13th on Dull Tools.

These ten songs were recorded between December 2016 and June 2017 by a cast of friends in Jarvis Taveniere’s Thump Studios in Brooklyn. Members of Woods, Ultimate Painting, PC Worship, EZTV, Sunwatchers, and Psychic TV all lend their talents. Savage’s voice, once shouted into mosh pits, now glides confidently above its backing band. Thawing Dawn marks the arrival point for Savage as a sensitive and skilled vocalist. A strain of rural inquiry tinges the soundscape, an ongoing trope in Savage’s writing most powerfully felt on Parkay Quart’s ballad “Uncast Shadow of a Southern Myth.” On this record it is stronger, with a healthy helping of pedal steel guitar, a chorus of female back-up vocals, four familiar chords, and maybe the truth, all layered throughout these songs. Today, he shares the propulsive “Winter in the South.”