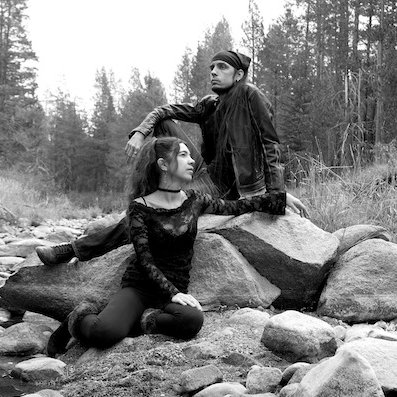 Astralingua will release their new album Safe Passage on March 8th. Ahead of the album’s release the artist has shared the track “A Poison Tree.” The song is based on the poem by William Blake.

There’s a certain playfulness in a lot of Blake’s works, and in particular in “A Poison Tree.” In the few adaptations of the poem I’ve heard, I don’t feel like that’s been expressed, and I wanted to create a version the way I hear it said or sung. There’s so much movement, energy, passion in his work. He’s a singularity in the art and poetry world, and his vibrant uniqueness is what draws so many other artists to him.

Blake was largely ignored in his time, yet he continued on his own path creating works so unlike what was in fashion. His unique artistic vision, unaffected by marketable fads – its purity and passion – is that with which so many artists since him have connected. Despite their spiritual and universal themes, one takes his works very personally.

“A Poison Tree” always stood out to me with its playful observations on anger, revenge, deceit, and finally, joy in victory. To me, the mood is a lot like Poe’s “A Cask of Amontillado,” but with much richer meaning.

Besides it just being a favorite of mine, the dual worlds that operate within the poem – that of the speaker, and that of the unsuspecting victim, not to mention the passage of the victim from our world to the next – fit right in with the theme of our album. Its an example of ‘Not so Safe’ Passage.

Safe Passage, is a statement on mortality, isolation, death, and the movement between worlds. With Joseph acting as sole composer, arranger, producer, and mixer, the recordings took place in the Mojave Desert, The Sierra Nevadas, Besançon, France, and Denver, Colorado, where the nomadic duo currently gets their mail.

Astralingua debuted in 2008 with their EP Contact, an experimental world fusion/rock project. The sessions featured performances by many respected San Francisco Bay Area musicians, including Paulo Baldi (Cake, Les Claypool), Eddy Navia (Savia Andina, Sukay), and Ralph Carney (Tom Waits). Now, with the ghostly production and intimate vocals of their Space Folk style, Astralingua have found a rather personal voice that seems all too set on slowing us down and haunting our minds. 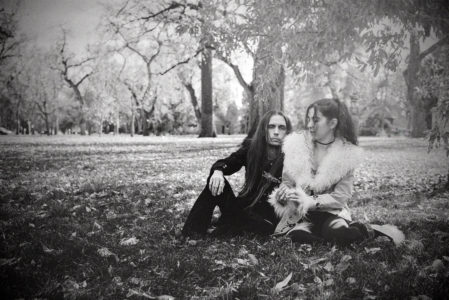