A Grave With No Name Announces New Album 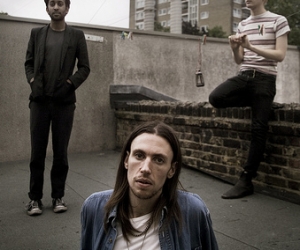 On Tuesday 2nd July A Grave With No Name will return with a new album titled Whirlpool on Lefse Records. Recorded over the course of a year at Holy Mountain Studios in London. The venture from bedroom to recording studio has encouraged a more collaborative approach to constructing songs, with a host of musicians contributing to the album including Linda Jarvis (Echo Lake), Akiko Matsuura (Comanechi) and Alanna McArdle (Ides).

Whirlpool completes a narrative trilogy for A Grave With No Name – a trilogy that began in 2009 with the release of Mountain Debris (Lefse/No Pain In Pop), and continued with 2011’s Lower (Boiled Egg). It’s a narrative that confronts the theme of loss, something which could be considered a well trodden path within popular music, but Alex Shields has managed to mine his own distinctive voice , tracing a delicate fissure in the emotional radiography of longing to spellbinding effect. And in Whirlpool he has created his most accomplished and self assured work to date.

*with Youth Lagoon
+Headline (with The Proper Ornaments, Old Forest)