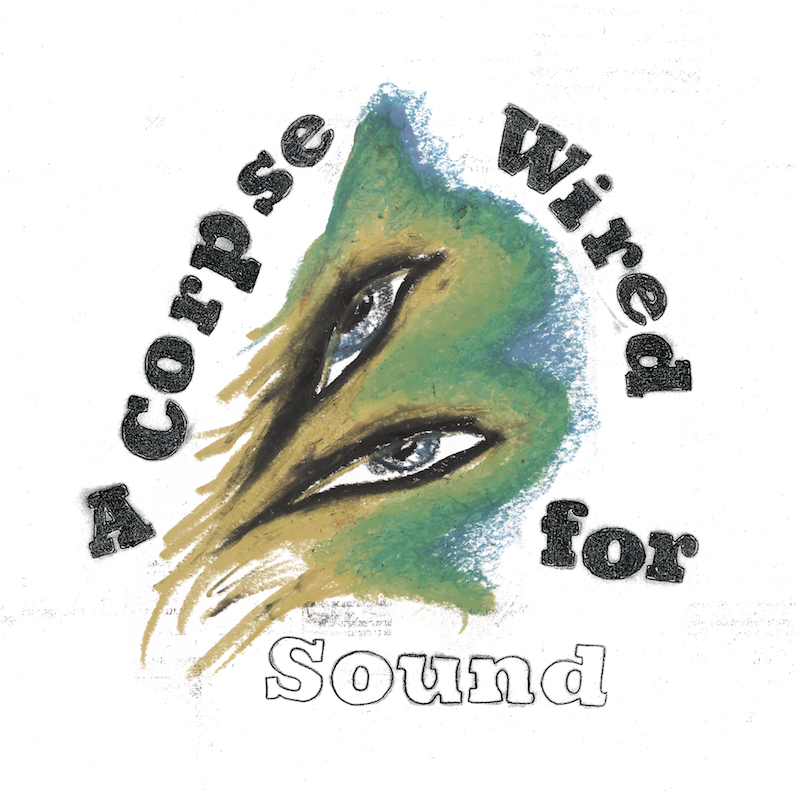 A Corpse Wired For Sound

The evolution of any act is often met with criticism and debate; too commercial, too experimental, too trendy. But often these opinions don’t take into consideration the changes of necessity and changes of heart that an act must come to terms with. Or what changes might have to take place for that band to survive.

Merchandise has been known for changing their sound, but their third LP is quoted as being the result of a band that “straight-up died again”, shortly after being “reborn” for their sophomore release After The End.

A Corpse Wired For Sound therefore is a “distended corpse responding to you from both sides of the Atlantic, forever singing in spite of everything.” The sound of a band moving on is felt in A Corpse’s shift in production style and instrumentation. Replacing the delicate acoustic guitar lines, and jam-inspired extensive organic arrangements, is a more focused and precise mood with Carson Cox’s words front and centre. And in that regard A Corpse feels more like a record found in the studio, than one found in the jam space.

Washes of effect laden guitars, processed drum machines and dirty bass lines create a synthetic space to support Cox’s exacting phrases and particular melodies. The effect is one that feels big and clean, but at times, runs the risk of feeling cold and calculated; more Depeche Mode and less The Church.

Standout tracks include “Flower Of Sex” and “Right Back To The Start” which commit to this new sound whole-heartedly, dropping the struggle of identity that other tracks like “End of the Week” have, which end up floundering in a previous version of the band and never seem to get off the ground.

Whether the critics or fans are thrilled with the new sound or not, doesn’t matter, Merchandise has gone from noise makers, to 90s college rock explorers, to studio craftsman and has carried on reinventing itself along the way, a corpse adapting.