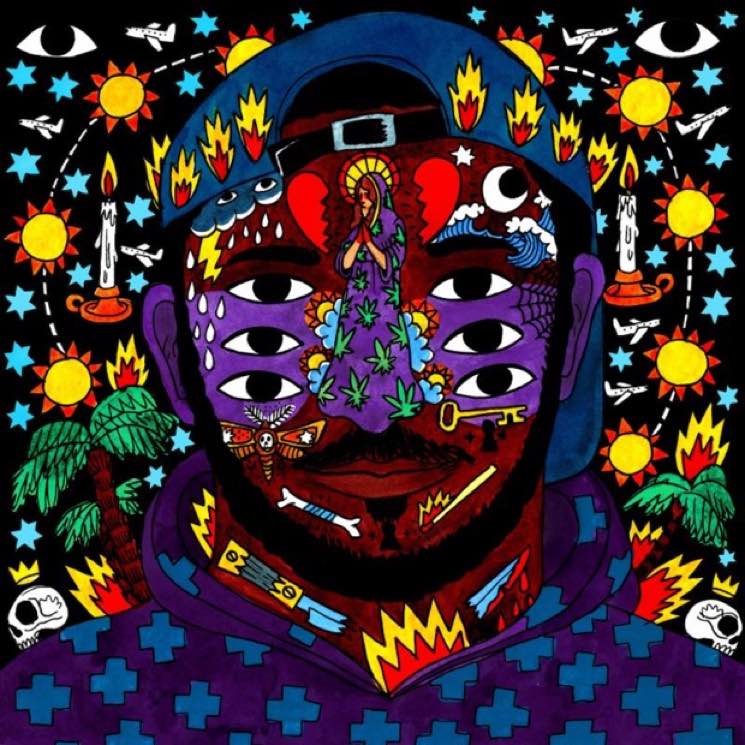 There’s been plenty of buzz building behind Montreal-based beatmaker Kaytranada over the last few years, with the hotly tipped producer steadily building a name for himself through SoundCloud uploads, mixtapes and EPs. A run of remixes, official or otherwise, have been proffered for the likes of Janet Jackson, Azealia Banks, and JMSN. He’s also cooked up groove-heavy tracks for rappers like Vic Mensa, Ratking’s Wiki, and Rome Fortune. The guy’s even got his own online video game, a Flappy Bird-type knock off that finds you navigating a plane through obstacles–it comes scored with an insanely bumping 8-bit soundtrack. This all leads up to the release of his first formal full-length, 99.9%. And damned if it isn’t sensational.

The producer better known to his parents as Louis Kevin Celestin is a master crafter, threading in a variety of sounds throughout his 15-song 99.9%. It’s an eclectic and entirely fun journey, one that never sticks too close to one sound. Despite the threat of coming across like a grab bag of flavours, it manages to feel like a carefully curated and rounded-out experience

“Track Uno,” a most reasonably-titled opening track, is beyond welcoming. Thriving off of an infectious, French Touch-filtered synth loop, the piece plays out like a lost Stardust single, and then twists and contorts itself into a bass-heavy outro. “Bus Ride” brings the tempo down, Kaytranada collaborating with jazz drummer Karriem Riggins and Toronto’s River Tiber to deliver a spacious, symphonic slice of neo-soul. Taking off in yet another direction, “Got it Good” bumps modern R&B grooves, while adding the first vocal take of the album, from a post career-revival Craig David. His melted butter melodies offer up some sweet nothings, with the guy rolling out Brit-centric quips about love being more regal than Buckingham Palace.

While its Kaytranada that provides the stellar framework for them to work above, the guest singers spread throughout 99.9% do deserve their share of praise. Despite describing a difficult situation in which she’s adamant a specific someone’s love is “no good,” the Internet’s Syd tha Kyd sounds super comfortable delivering speaker-panning, whispered tones on “You’re the One.” “Together” goes glossy with AlunaGeorge member Aluna Francis on the mic, while a hazy shade of neon hovers around “Leave Me Alone,” which wraps wub-wubbing synths around Shay Lia’s lines.

Perhaps the strongest collab is “Glowed Up,” a song that runs pretty well percussion-less. It does, however, deliver slow-pounding bass tones and creep-crawly keyboard melodies beneath Anderson .Paak’s exquisite, kinda Kendrick-style flow. As the lyrics imply, it’s built for chillin’ with the squad, and comes as a nice reprieve from 99.9%’s sweatier sounds. That said, whether it be the MJ-leaning electro wriggle of “Breakdance Lesson N.1” or the smoothed-out jazz soul of “Weight Off,” those moments are outstanding too.

Honestly, there’s really not much to complain about on the album. From vintage breaks, to all-night warehouse party jams, to mellow vibe soul work, 99.9% is expertly put together. Just imagine what happens when Kaytranada opts to go into overdrive and give us that last .01 per cent.