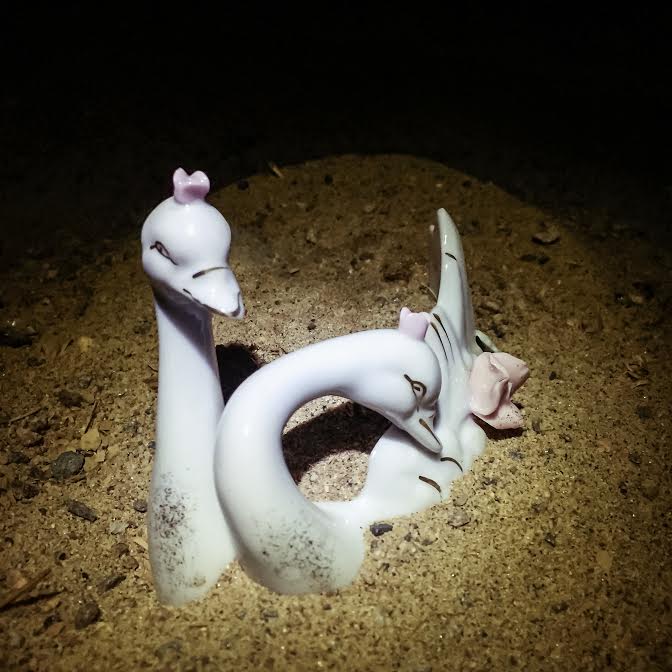 If you followed Canadian alt-rock in the ‘90s and remember Blinker the Star being buzzed about at one point, chances are you didn’t realize the Pembroke, ON outfit is not only still active, but are about to release a new record. You’d probably be forgiven for that, too: it’s hard to find anything on Google about their newest project 8 of Hearts anywhere other than on
their Bandcamp or their socials.

Led by Jordan Zadorozny, a veteran Canuck musician/producer known for writing songs alongside Courtney Love (he’s credited on Hole’s Celebrity Skin album) during the ‘90s, 8 of Hearts – appropriately named for its eight-track length – is a short and sweet LP with a strong old school feel and some modern polish and sleek production sprinkled over top. The album makes frequent callbacks to past rock legends musically, which both plays to its advantage and is its Achilles’ heel all the same.

Album opener “Orion” – no, not a Metallica cover – is inspired by cultural trends of the past and present, in that it has an unapologetic ‘80s synthwave feel to it despite still being an alternative rock song at heart – not to mention some psychedelic guitar effects, a piano and acoustic guitar, and a David Bowie-ish vocal tinge from Zadorozny. It’s a lot of elements to deconstruct, but doesn’t feel jumbled at any point. The Bowie influence continues at times on the LP in either (or both) the singing style and instrumentation, particularly on tracks like “Heather” and “Moonchild (Got You Believing)”. Probably the biggest calling card for the album is its variety: “Living Proofs” is Pink Floyd’s The Wall meets the Smashing Pumpkins’ Adore; there’s a piano dirge in the form of“Caves and Shadows”; and “Billy Gallop” incorporates some blues and prog rock influences.

There’s also “(Don’t Fear) The Fantasy”; a straightforward, power pop-ish alt-rock number that’s probably the most radio-friendly track on the project – the proof is partially in its 3:31 runtime – despite the fact that with a title like this one, the track most certainly needed more cowbell. That said, the sequencing can feel all over the place because of the album’s overall stylistic hodgepodge, and the execution in attempting to capture certain styles varies in quality. In a lot of ways, this record can feel like it’s trying to do too much, as pleasant of a listen as it can be.

With Blinker the Star’s newest album in a prolific second phase for the band following a long hiatus after 2003, Zadorozny’s got some good ideas sprinkled throughout the LP, but the project as a whole needs a more solid musical identity as well as punchier hooks to truly make an impact for listeners. While its songwriting shows flashes of why Blinker the Star had gotten some airplay on Canadian alt-rock radio in the ‘90s (and had even been signed to A&M and Dreamworks at one point), 8 of Hearts is also a product that tries venturing in many different directions musically, with its cohesiveness suffering at times as a result.