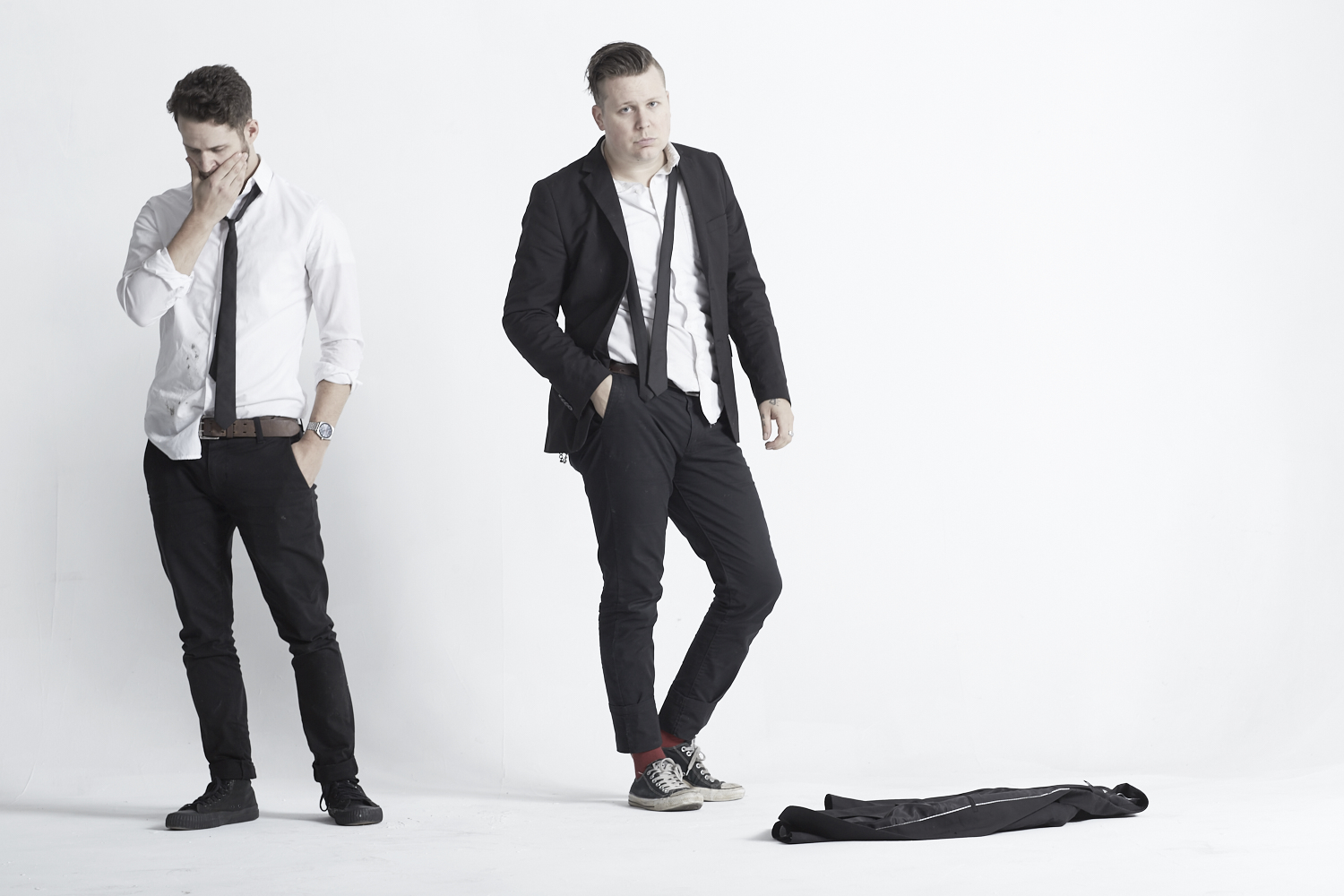 68 is an American rock duo consisting of Josh Scogin (vox/guitar) and Michael McLellan (drums). With this project, Scogin (who is better known for his work with Norma Jean + The Chariot) is trying to cross even more boundaries than he did in the past with his previous bands by binding genres all across the board including garage rock, blues, and more. Today, 86 is steaming their new full-length Two Parts Viper, which is now available on Cooking vinyl.

quote from Josh Scogin about the title for the new album Two Parts Viper:

“I had a dream where a man in a fancy suit told me I needed to be Two Parts Viper to make it in this life. The short version of the dream is that I got very upset and started yelling that he was wrong because I was thinking two parts out of three. So it seemed very negative, like I needed to be crooked in someway to make life work. Then he corrected me and said “life is far more complicated than merely ‘three parts of a pie’… it is much closer to infinity.” He went on to simplify it even more, claiming that even one hundred parts of a pie would be a better representation of life… and now having only two parts being “viper” doesn’t seem so unhealthy. Maybe it represents just being sharp or wise, or at least giving some sort of balance. Anyway, once I woke up, I remembered it all very clearly and whether I attribute deep meaning to the dream or not, I really enjoyed the title it gave me.”

Eventually We All Win
Whether Terrified Or Unafraid
Without Any Words (Only Crying And Laughter)
This Life Is Old, New, Borrowed And Blue
No Montage
No Apologies
The Workers Are Few
Life Has Its Design
Death Is A Lottery
What More Can I Say