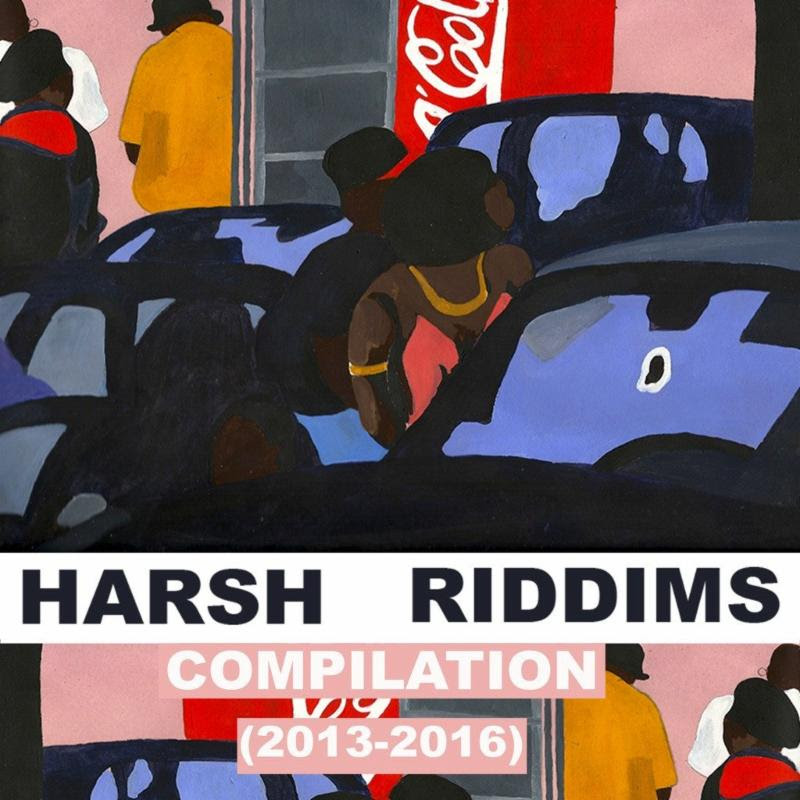 2MR will release Harsh Riddims 2013 – 2016, a compilation that can almost be coined a “Best Of” from the label. That one label (2MR) is releasing a best-of compilation of another label’s work is not the only item of note with this forthcoming album. This will mark the first time all of these tracks will be available on vinyl. Further, Harsh Riddims 2013 – 2016 will feature unreleased tracks from Cringe Machine as well as a TWINS remix of a Love Letters song. An interview between Harsh Riddims’ Ryan Parks and 2MR’s Mike Simonetti (and vice versa) make up the liner notes and the labels will be throwing parties in NYC and Atlanta to celebrate the release!

To celebrate the release of Harsh Riddims 2013 – 2016 2MR will be hosting multiple parties including an intimate show in an artist loft in Atlanta on October 29 (info here) and in New York City at Elvis Guesthouse on November 4 (info here). The parties will feature REKchampa (Stefan Ringer), Cities Aviv, TWINS, Divine Interface, Love Letters, Bluntfang and Fit of Body. More dates are still to be confirmed.

See a note from Harsh Riddims below.

Harsh Riddims started a few years back. Our first release was a compilation tape featuring some of my best friends. Stefan Ringer (REKchampa), Drew Briggs (Divine Interface), and Matt Weiner (TWINS) live here in Atlanta. They are among the most talented and encouraging individuals I know. B L A C K I E is good friends with Negashi Armada (Bluntfang). Negashi suggested asking him for a track, and he turned in “It’s hot livin n’ tha south”. That’s one of my favortie tracks off of the first compilation.

About a year ago, we released the second comp. This record is a mix of the two, featuring a few unreleased tracks. I met RAMZI while on tour in Montreal. Love Letters is my friend Maxime Robillard, who lives in New York City. Think Thrice is a kid in Atlanta that ordered one of Stefan’s tape. We later met at a house party: I’m pretty psyched he’s got a track on here! Cringe Machine is my good friend Justin Bauman. He passed away not too long ago, so I feel really fortunate to be able to share one of his songs. He was a big influence on me, and was overall a really sweet and giving person. Much love towards his family! Lastly, Co/Coaches is one half of Coco and Clair, Taylor Nave. She’s such a talented song writer, buck performer; she’s one my favorites. Hope you dig!