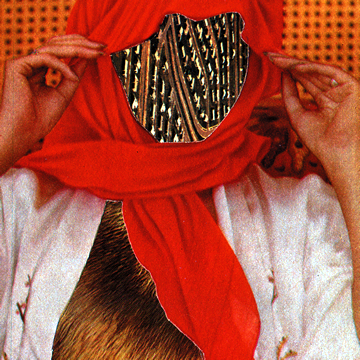 Since Yeasayer is releasing an album in a couple weeks, this ‘Song of the Day’ is a flashback to a 2007 release.

These are some of Pitchfork’s words on their album All Hour Cymbals and the track “2080”:

This Brooklyn four-piece follows its fantastic single “2080” with a debut packed with similar moments of pan-ethnic spiritualism. Like Midlake, Grizzly Bear, and Animal Collective– who have all recently re-shaped tribal, primitive sounds into ultra-modern forms– Yeasayer channel both a dystopian science-fiction sensibility and deep appreciation for the natural world.

“I can’t sleep when I think about the times we’re living in,” Chris Keating sings, continuing, “I can’t sleep when I think about the future I was born into.” After two preternaturally smooth choruses, the band lives up to its name. All new age elements temporarily vanish, and the group breaks through into communalism. The sudden, fervent “yeah yeah!” pulls from the same crowded Anglo-ethnic trough as the Arcade Fire, Animal Collective, and Danielson, and establishes the band’s own link between the ritualistic and the futuristic.

Now back to the present, Yeasayer’s newest album Amen & Goodbye will be out April 1st on Mute Records.