“No Worries Gonna Find Us” by Plants and Animals 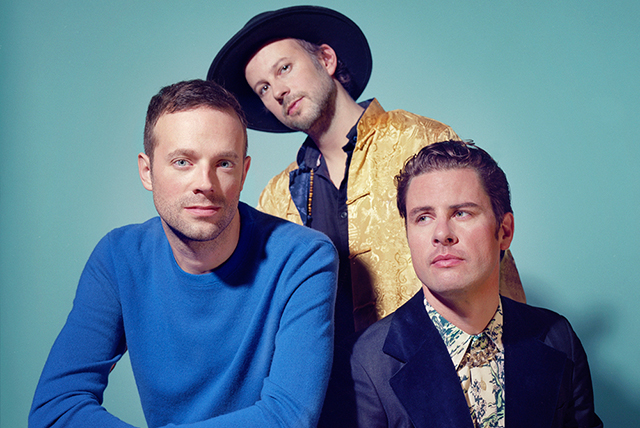 Plants and Animals are a Montreal-based trio that began playing together as kids, emerged on the international scene in 2008 and have developed a varied cult following ever since, built this on the shoulders of their self-produced records, their intense live show, or both—depending on who you ask.They have been nominated for big awards. They have appeared on major radio and television programs. They have opened for household names and headlined many tours of their own around North America and Europe. In 2013, they decided to slow down.

By slow down, they meant make music the way they used to. It was the beginning of what would be an on-and-off recording process stretched out over two years. It was a time of rest, as the story often goes, for a band that had seen plenty of touring and not enough home. They slept in their own beds and made their new album through nine seasons and the thick of life. Through births and deaths, most notably—magnificent sunrises, shattering sunsets and the days between. Their new LP is called Waltzed in from the Rumbling.

“We wanted to push the songs in less obvious directions to keep it interesting,” says Matthew Woodley. “To keep each other on our toes but also imagining that people listening to it would appreciate the same. But if it ever felt like cleverness was taking precedence over feeling, we’d drop what we were doing and move onto something else.”

“We pushed each other and we listened to each other more than ever before,” says Nic Basque. “It was fun and much easier than in the past. You just work—that’s how people develop their language in whatever they do. That’s what we did.”

“No Worries Gonna Find Us” by Plants and Animals is the first single off their forthcoming album Waltzed in from the Rumbling. The album will be released April 29 via Secret City Records.