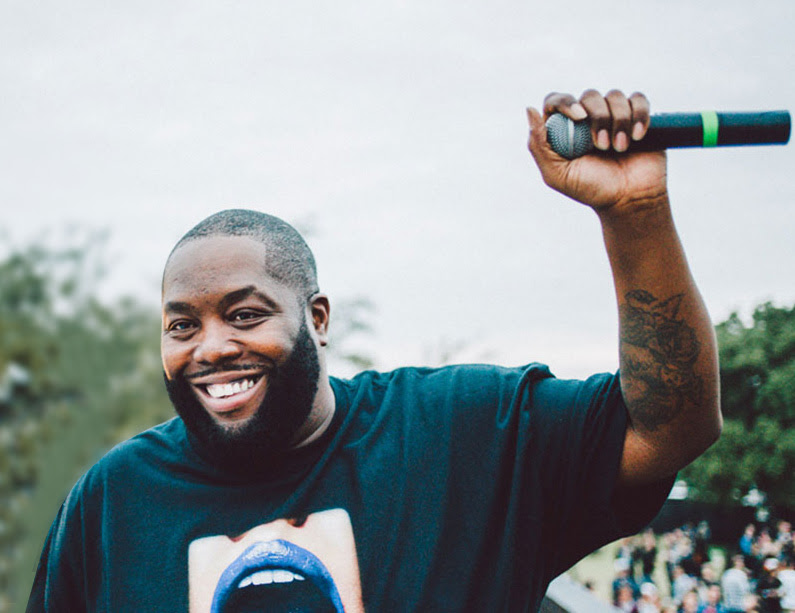 2015 was a year in which Killer Mike, one half of the hip hop duo Run The Jewels, emerged as one of the relevant voices in entertainment. Whether it was issues surrounding police violence, race relations, or other injustices, Mike was the voice that the media turned to more often than not.

Guest appearances on programs such as HBO’s Real Time with Bill Maher, PBS’ Tavis Smiley, and a multitude of major news networks serve to illustrate how vital Mike’s commentary was in 2015. Whether it was through his social media or while delivering a lecture at MIT entitled Race Relations, Mike spoke about politics and social justice issues in an honest, plainspoken, and informed manner that inspired and enlightened many thousands of people. For that he was honored with an invitation to the White House Press Correspondents dinner.

Over the course of the year Mike became an increasingly outspoken proponent of Presidential Candidate Bernie Sanders and eventually arranged to meet the Senator face to face at Mike’s own barbershop, The Swag Shop. What happened next, a wide-ranging and stimulating conversation between Mike and Bernie Sanders, is now available to the public via six episodes released on Mike’s official YouTube page. Although, they don’t agree on every single issue – notably gun control – this conversation lead to an increased appreciation for each other that prompted Mike to officially endorse Bernie Sanders for President of the United States. Many people have already born witness to Mike’s recent and impassioned introduction of Senator Sanders at a rally in Atlanta, but now the uncut conversations which preceded that event are available to watch via the links below.