Vince Staples knows that brevity is a virtue, and he stuck to his conviction at the Harbour Convention Centre last night. Openers JPEGMAFIA and Channel Tres also delivered short, impactful sets that made for a diverse show.

Less than a month after opening for Robyn at Pacific Coliseum, Compton singer Channel Tres once again flaunted his stuff in front of a Vancouver audience. Unlike at Robyn, they received him with great familiarity, as soon as the first note – the opening throb of “Controller” – hit their ears.

During “Glide,” the audience bounced as high they did for Vince Staples. Also unlike at Robyn, Channel Tres benefited from a booming sound system that bolstered the bass on his deep Chicago- and Detroit-style house cuts. The rumbling low end on “Jet Black” and new song “Black Moses,” which he said he wrote the night before shook the walls. The nocturnal groove of “Top Down” never sounded so on-lock or sensuous.

If Channel Tres set the table for Vince Staples, JPEGMAFIA smashed it like the Dudley Boyz hitting a Dudley Death Drop. The Baltimore rapper is in constant berserker mode, shredding the alt-right with as much vitriol as he shreds the extreme left. He reached his apex on “Real Nega,”

“Panic Emoji,” and “Thug Tears.” Fans fuelled him with chants of “PEGGY! PEGGY! PEGGY!” resembling a wrestling match – appropriate given all the wrestling references strewn throughout his hyper-aggressive, glitchy music. Fans were so amped, they opened a circle in the middle of the floor. With eyes, ears, and nostrils flaring, they stared each other down between songs. They nearly licked their lips in anticipation of the next beat-drop, a metaphorical opening of the pen that freed them to ram into each other like bulls.

Finally, it was time for the man of the hour, or rather, the man of the 50 minutes. In that economized time, Vince Staples crammed in some of his most bubbling tracks including “FUN!,” “Don’t Get Chipped,” and obvious fan favourite, “Big Fish.” Fans moshed through “Lift Me Up” and turn-up steppers like “BagBak” and “Party People.” The whoopin’ “War Ready” tapped into something primal in everyone. Fans were so hyped, not even the viscous “745” sedated them.

At only 22 minutes in length, Staples’ latest album, last year’s FM!, subverts the convention of grossly bloated, 20-plus-track hip hop albums engineered to be mined for streams. On FM!, Staples captures the year-round sunny vibe of his hometown of Long Beach while pointing out the violence and crime that still afflicts the city. That said, musically, FM! cuts “Feels Like Summer” and “Tweakin'” brightened the mood. But no song offered more levity than the soul cleansing, spiritually rejuvenating “Rain Come Down,” itself an aberration on Staples’ electronic- heavy album, 2017’s Big Fish Theory.

Staples ended on urgent, loaded notes, first with the heady but incensed “Norf Norf” (fans chanted its repeated line, “I ain’t never ran from no’in’ but the police,” like an anthem), then with the dark and discombobulating “Yeah Right.”

As short as Vince Staples’ set was, it further proved that whether on record or live, he knows what he wants to say and wastes no time saying it. He’s perspicacious and calculated. He never overstays his welcome and leaves his fans wanting more. 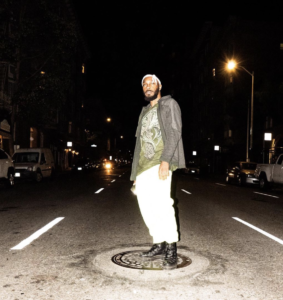 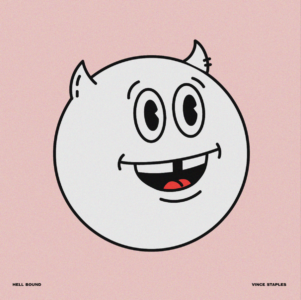