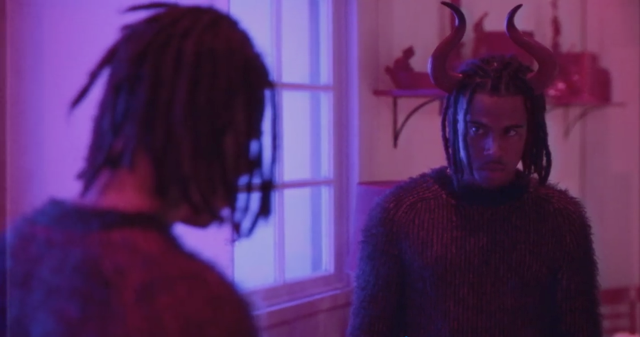 Vic Mensa shares a new video for his song “Rollin’ Like a Stoner” from this debut LP The Autobiography out now. Directed by Vic, he provides some trippy visuals a la John Waters synonymous with the songs title. Vic will be a special guest on Jay-Z’s 4:44 Tour this coming Fall. Check out the video below and share.

VIC MENSA on the video:

“The Rolling Like A Stoner video is about reckless abandon & escapism. The whole thing was filmed on a stage, as a comment on life as an entertainer. I was watching films like Bye Bye Life and Birdman, and 1920s westerns.”