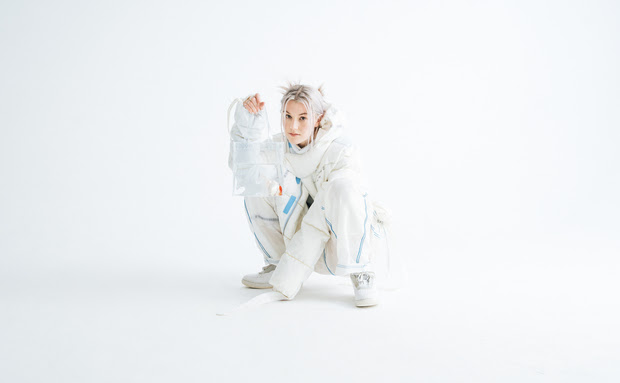 twst AKA: Welsh songwriter, vocalist and producer Chloé Davis, recently released a video for her current single “Always.” Shot in South London and produced by twst herself, the artistic video was crafted with only a hand made mirrored frame and a projector. “Always” follows previous single “Girl On Your TV,” both tracks were recorded and produced in her bedroom and mixed by Rob Kinelski (Billie Eilish, King Princess, Alice Merton, Alessia Cara).

“I am fascinated by the connection between technology and emotions and how strongly these are intertwined, which is why I made “Always” a literal duet with Siri,” explains twst. “The video is a pseudo-comical reflection of this; we are all protagonists stuck in our own surreal, hyper-realistic worlds.”

Born and raised in Barry, Wales, twst grew up working in her father’s chicken factory. After leaving home at 14, she left formal education and became something of a recluse; relocating to a recording studio in the South Wales Valleys where she began teaching herself about production, pop culture and the world in the rural countryside. Now based in London, twst writes, produces and directs all of her music and videos, mostly within the four walls of her bedroom, regularly working with from the close knit cultural community she has immersed herself in since moving to the big city. Her record label, hikikomori baby, is derived from the Japanese concept of hikikomori—a psychological condition making people shut themselves off from society, often staying in their houses for months on end—in reference to her period of isolation.