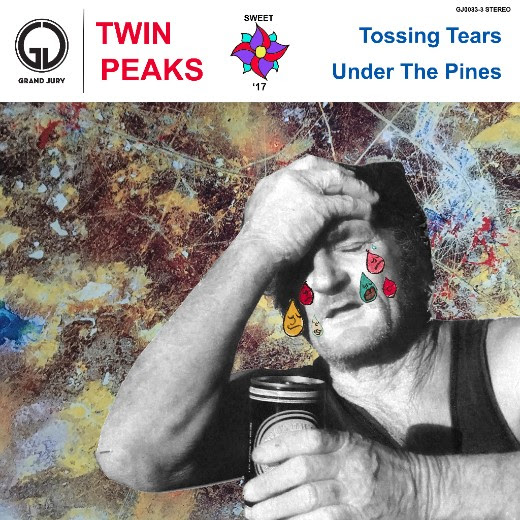 Today, Twin Peaks have announced a subscription series they’re calling the Sweet ’17 Singles series. Starting in early July, subscribers will receive one 7” single record per month for the remainder of the year (each limited to 300), as well as a 12″ compiling all 12 songs in December. You heard that right: that means twelve new Twin Peaks songs before the end of this year! While the songs will be available on streaming services, subscribing to Sweet ’17 Single’s is the only way to get your hands on the super limited physical copies first.

“Sweet ’17 is a singles series we’ll be releasing from next month through the end of the year,” says Twin Peaks’ Cadien Lake James. “Given our demanding touring schedule, we figured a good way to release new music without having to carve out the time to record a full length LP between tours would be to track whenever we could find the time, and release the music in a series of singles. This structure also allowed us the opportunity to experiment without a focus on creating a cohesive body of work. Today we’re excited to share the first single ‘Tossing Tears,’ featuring Ohmme (Macie Stewart and Sima Cunningham) on background vocals, and Macie also tackling the strings. Much more to come.”