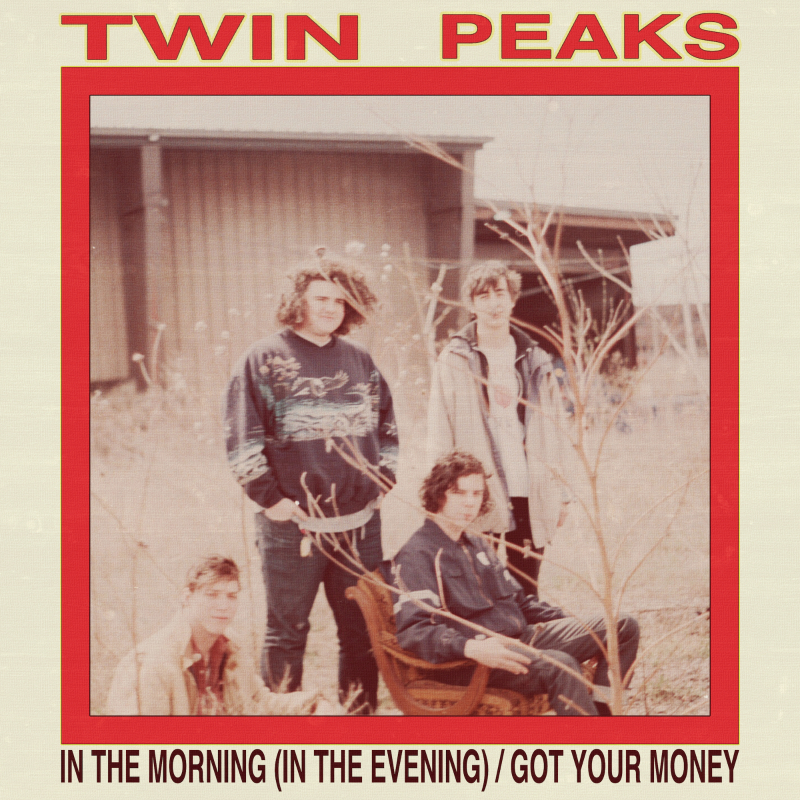 On the heels of releasing one of last year’s Wild Onion (Grand Jury), Chicago’s Twin Peaks have been on the go. Recording new material, touring, performing the music of David Lynch’s films FOR David Lynch (they covered “In Dreams” at Los Angeles’s Ace Hotel earlier this month), or playing numerous festivals in the country and abroad. It was recently announced that Twin Peaks will be performing their hometown rave-up, Lollapolooza, as well as San Francisco’s answer in Golden Gate Park, Outside Lands.

This Saturday marks the annual event known as Record Store Day, and the Twin Peaks dudes have new music to offer. They’re releasing a 7” featuring the previously shared A-side “In The Morning (In The Evening).” Today, they’re sharing the B-side, which OG Twin Peaks fans might remember as a live staple. “It is one of the earliest TP songs, essentially a lost number from the Sunken days,” says Cadien Lake James. “It’s a song loosely born around the movie True Romance, but upon its revival was also inspired by current events in our country.”