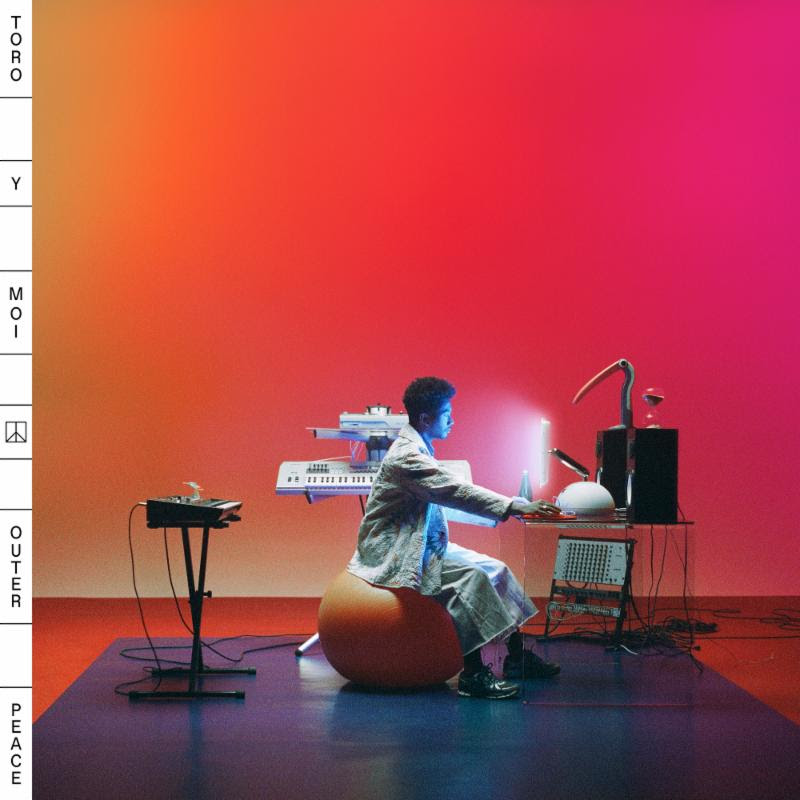 Chaz Bear AKA: Toro Y Moi has revealed his new album Outer Peace, which follows his 2017 release Boo Boo and sees Toro continuing to explore its limits sonically and thematically, serving as a homecoming celebration of an album that was written and recorded in the Bay Area after spending a year in Portland surrounded by the solace of nature. Upon returning home, Toro found inspiration for his new album in the stifling environment he came back to:

Chaz on the album:

“This record is a response to how disposable culture has become and how it affects creativity,” “While listening, you might pay attention or ignore — either way that’s ok, this is music for a creative mind.”

Coinciding with the announcement, Toro is sharing the album’s lead single “Freelance”, an upbeat track infused elements of house and funk that are further punctuated by Toro’s airy vocals. The single’s accompanying visual is directed by 12-time Vimeo Staff-Picked director and longtime collaborator Harry Israelson, who has worked with Toro on a number of recent music videos, shot the album cover for Boo Boo and was the creative director behind the album cover for Outer Peace. The video offers a look inside Toro’s production process, all while existing in the same world as the album’s cover art.

Toro is also announcing a new run of US tour dates. Launching on November 1st in Santa Barbara, the tour includes 12 shows across the country before concluding on November 17th, with another run of dates to come in January 2019.