The Sherlocks Calculated Road to Fame 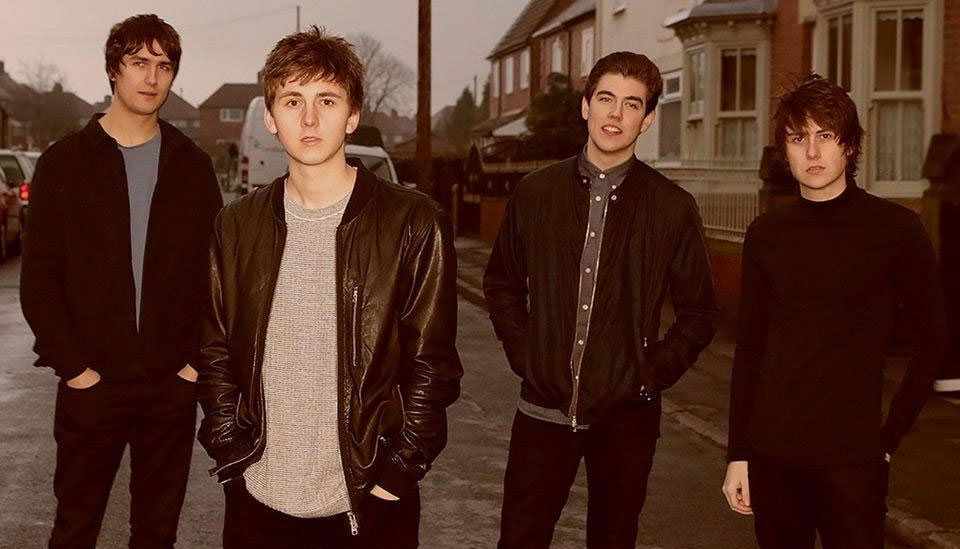 For the Sherlocks, a good album is worth waiting for. Childhood friends, the band started jamming together as young teens expecting nothing to come of it later in life. Now out of school and years down the line from their initial releases, their new album Live For The Moment is a return to form for the world of guitar rock. Composed of the Crook brothers and the Davidson brothers, the band even has a wonderful family dynamic that they make sure is no gimmick. We caught up with Brandon Crook to talk about their steady build up of excitement, early starts and why they feel like one pack of brothers rather than two.

Northern Transmissions: You guys have been drip-feeding us singles for a while now so what was holding you from releasing a single till now?

Brandon Crook: We just wanted to build it to a point. A lot of bands put their album out prematurely and try to build it after the fact. We’ve always had the mentality to build it to a point where fans are actively waiting for the album. We wanted to have it so when it did come out it was going to explode onto the scene. We’ve been writing this first album for 3 or 4 years so we know somewhere in there is a record that’s good enough. We’re really happy with how it’s come out.
NT: On that note too, do you think being able to road-test these songs for so long helped shape them to their best?
BC: Because we’ve been playing these songs for so long ,we saw the reactions and know what’s worked well and what doesn’t work well for the album. We always wanted to come across polished live, we’ve played over 1000 gigs so we didn’t want to just sound like one of those studio bands.

NT: I also understand that you guys were playing football(soccer) as mates long before you even started playing music, so how did the conversation turn that way?

BC: Of course there’s two sets of brothers in the band. So me and Kiaran, he got a guitar one Christmas and I got a drum kit, so we were just testing them out, not even playing, just jamming, we were rubbish. Then Josh and Andy moved next door, and we could hear somebody playing guitar through the wall of the attached house. We knew Andy so we asked him about it, and he said “It’s my brother.” We started jamming after that, we could barely play at all but we were jamming to Teenage Kicks and stuff like that. We ended up having a few gigs at local bars through friends and it just escalated. We kept playing and getting bigger. We started getting a following in smaller areas from just playing covers, so we thought “Why don’t we try writing some of our own songs.” Then we started getting even bigger, and once we got a buzz in Sheffield, it spread to Manchester and then Leeds, we started selling hundreds of tickets and now it’s gone to thousands. A lot of bands get big through the internet and social media, but we’re good at playing live and not so much the social media, but it works.

NT: What is it about your brand of guitar music that you think will really be ground-breaking when your record drops?

BC: I feel like the difference is that we write about real things. We’re not from well-off, rich families or anything like that. A lot of the songs are just about our life, a band of brothers out in the middle of nowhere. It feels like normal people can relate to us, and it’s showing with our gigs. Like Oasis were lads off the street. It seems like every time there’s a real band, people can recognize it’s real. There’s always guitar bands, but we just feel like we can be the ones to bring it back properly and make a big impact. Not many of those bands really turn the guitars up, lots of synthesizers now, they’re just for show. There’s guitars all over the album, it’s pretty raw.

NT: What was it like working with Gavin Monaghan on Live For the Moment, and what did he bring out of you guys in the recording process?

BC: There was a lot of people that we tried to work with on this album but we went back to Gavin because he did two of our earlier singles, and it just felt like he captured our sound. We worked with some producers and it just felt like they took us too far away from what we are, it didn’t sound like us anymore. He really captured what wanted, he’s a genius, he’d come out with a crazy idea and turn a song into something else completely. “Motions” used to be a proper rock n’ roll song, fast-paced, but he’s turned it into more of a country song, he slowed it down. There’s a Japanese version too, and if you listen to both of them they’re completely different, that was all Gavin’s idea. He’s got a lot of experience, and he had a lot to say for this album.

NT: What was it like getting to celebrate with Liam Gallagher at Leeds?

BC: We had a drink with him after our set. He’s a really nice guy. We walked in and he realized we were novel lads, not fake or putting on anything. He’s a novel lad as well, so we just clicked. He congratulated us on the album and had a few drinks, talked about stuff and wished us luck. It was pretty surreal. Me and Josh once met him in Birmingham, we’d waited outside a venue for what felt like forever. Liam invited us into his dressing room back then, and that was 2013, we were a band then but we never mentioned it to him. We brought it up to him at Leeds. Back then it meant everything so meeting him at Leeds was surreal.

NT: Have you found weird dynamics considering your rare case of having 2 sets of brothers in the band, does this help you guys create a powerful tension in the studio?

BC: Because we’ve been together for so long, and we started so young, it feels like we’ve grown up together. It feels like we’re just one pack, we’re a pack of wolves that just always walk around together, growing together. We all chip in on a song, and that’s how it’s worked since the beginning, we just know each other so well. We know what buttons to press and what ones not to press at times. Now and again me and Kieran have a fight, but not when we’re working, it’s all little stuff.