The Moondoggies release album on vinyl 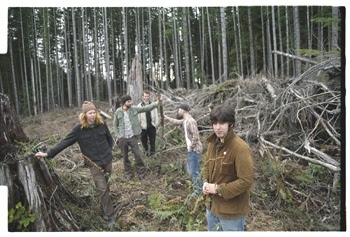 The Moondoggies have released their 2008 debut full-length Don’t Be A Stranger, for the first time on vinyl. The full-length was one of the first releases in Hardly Art’s history.

Everett is a small city in northern Washington state, perhaps best known as the birthplace of Kenny Loggins, Carol Kaye, and, as of 2006, The Moondoggies. The Moondoggies are a four-piece band that plays timeless American music. Warm three-part harmonies, gothic Rhodes organ, and wanderlust guitar mark a sound rooted in boogie blues and cosmic country; their whip-smart songwriting leads to hook-heavy tunes that bristle with originality. The Moondoggies’ inaugural full-length release, Don’t Be a Stranger, was first released in 2008 and contains shades of gospel, blues, rock, and country.