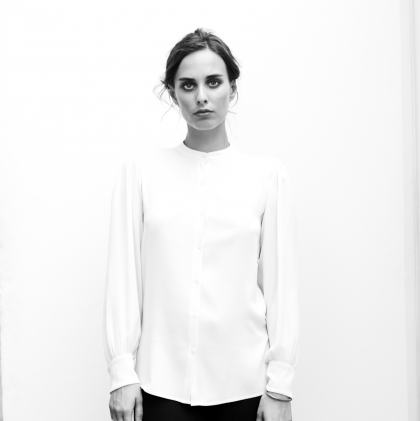 Sophie Auster talks about her new album ‘Red Weather’, recording albums at an early age, and putting acting on hold to focus on her music.

CB: You started singing at a young age, did your parents play instruments or records for you as a child?

SA: My parents really weren’t musicians, they didn’t really listen to tons of music as well, mostly classical. When I was really young, I had a teacher that heard me sing. I guess they thought I had talent, because they really encouraged me. I was really lucky I had someone who cared and recognized that I could sing a bit.

CB: Were you a little nervous that people wouldn’t take you seriously when you put your first record out? You were only sixteen.

SA: I don’t think I was that nervous, I was pretty young and full of hope. It was really great being able to see the world at that age, and there really wasn’t that that much pressure on me. I think at that age, your also probably not completely aware of all the other aspects of the music world, like the business side of it. I really had a great time and thankful for the experience, it was great.

CB: Is ‘Red Weather’ a big departure from from your last album?

SA: It is, because on the previous record I really wasn’t involved in the writing aspect, it was based on french poetry translated by my father. The awesome band One Ring Zero did all the music. On Red Weather I worked with producer Barry Reynolds. He really helped me get the songs out the way I wanted them to come out. He made some really great suggestions about arrangements. So this album definitely represents me more. I did also use a line from the poem ‘Red Weather’, which is a major inspiration.

CB: Barry has worked with many accomplished artists including Marianne Faithful and Lou Reed to name a couple. Have you learnt alot working with him?

SA: For sure, Barry has worked on so many interesting projects, I mean aside from those guys and Anthony and the Johnsons, he has worked with John Martyn, Black Uhuru, Rufus Wainright. He was really great to work with, he would come up with ideas for stuff I was writing that really made them into songs. It was a great experience. We are actually still writing together.

CB: There’s a song on ‘Red Weather’ written by Antony Hegarty (Anthony and the Johnsons) and Barry called ‘Square Moon’, have you gotten any feedback on the track from him?

SA: It was a song that Anthony had written that wasn’t going to be on his last album. He suggested it for me. He works with Barry quite a bit. We were in contact with him during the time we were coming up with different ideas for the song. I think he’s happy with the way it turned out. It really is a great song, I’m happy he gave it to me.

CB: You are an actress as well, how do compare singing and songwriting to acting?

SA: I think I enjoy singing and song writing, You have much more control of the artistic side. With my experience with acting, it’s more like your a bit of a pawn. I mean most of the time someone is telling you exactly how to act and what to do. With songwriting, I really feel that your able to express yourself the way you really want to. The same goes for performing the songs, you perform them the way you want to.

CB: Are you doing much acting these days?

I’m a Bird Now – Anthony And The Johnsons

The White Album – The Beatles