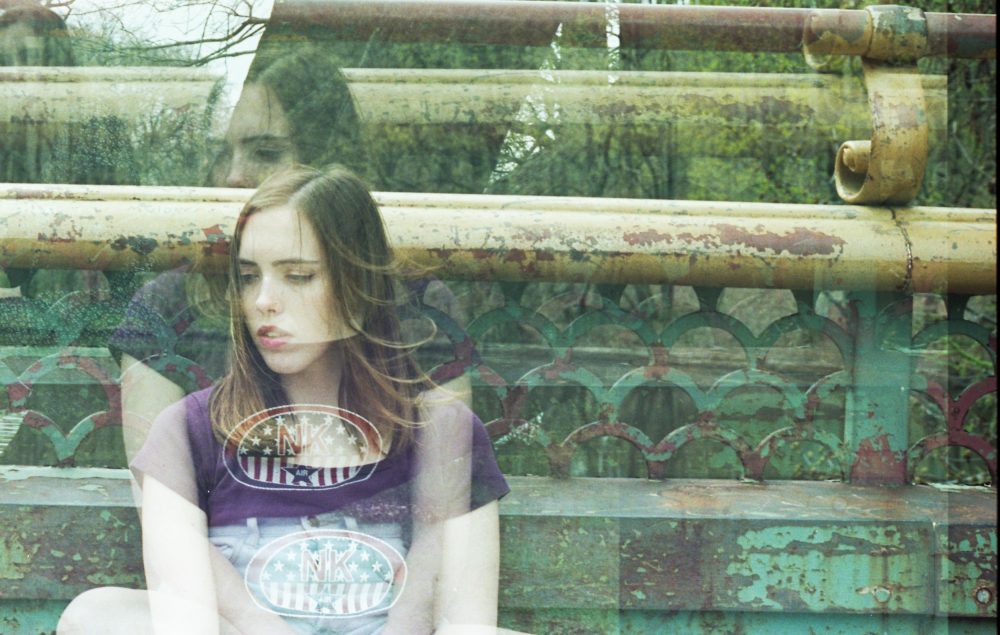 Though so many people switch majors for something different, music seems to be the one place where artists are always dropping out for the real thing. For Sophie Allison aka Soccer Mommy, a Music Business major quickly found her realizing she was ready to pursue her passion full-time. After her Bandcamp fame, Allison wrapped things together on Collection with her band before starting her new phase on Clean. We also talked about her start in recording and why she doesn’t feel like New York or Nashville were a part of her sound.

Northern Transmissions: I understand you’d been recording and posting your material for some time, so what about your digital recorder really opened things up for you to go professional?

Sophie Allison: I got my recorder near the end of high school or just the summer after. I had experimented with recording stuff on my phone or a computer mic, but I wanted to try to learn because I’d wanted to do it for a long time. I had the summer to do it so that’s when I started doing Soccer Mommy stuff. I was recording songs in my bedroom and trying to produce them a little bit. The push was that I was interested in doing it and not just that I suddenly started writing.

NT: What did Gabe Wax bring to Clean and how was it working with them in the studio?

SA: I think Gabe really helped me, I’m better with the big picture of what I want it to sound like, rather than the nitty gritty little things I should put in to make it sound a certain way. Gabe helped me take my ideas and turn them into a reality. The first time we talked about the record he totally got it, and he had more ideas, he just really fit what I wanted it to sound like. It was a lot of pitching ideas and testing them out.

NT: Considering your previous releases were centered around your life at that time, what was inspiring you emotionally on this record?

SA: I think it’s always about present thoughts. It’s not necessarily reflecting on a relationship but more thinking about being stronger and not wanting to feel negative and band about yourself. That’s something that looms over multiple aspects of my life. It’s more a sense of me not valuing myself than feeling bad about a past relationship, and I don’t want to be like that again.

NT: Although a lot of people would think Nashville is your biggest musical inspiration, I was curious what your time outside of Nashville did and which cities inspired you the most?

SA: I don’t know if cities really affect me that much, I don’t think cities are too different. Sometimes the culture is a little different but your day-to-day life is never really that different between cities. I think that just getting away from home and my whole life inspired me to write a lot, because it threw me for a loop. I was lonely and didn’t know what I wanted to do with my life, so that caused me to write about that.

NT: What do you think of the ‘Sad Girl’ label that’s been thrown on you and others, and why do you think there’s this romanticized idea around being down?

SA: I personally don’t mind the label as much, but what bothers me about it is that it’s used in a derogatory way. Yes my music is sad and I’m a girl so it fits by definition, but it makes you one-dimensional and it’s sexist because it’s usually guys using it to make you one dimensional. I think that’s why the label is there, because it’s this image of a female artist who’s sad but she’s different and cool because she has issues. Expressing yourself when you’re unhappy is romanticized but people just have emotions, and I think people view artists, especially women, that way. People use it to please themselves, and make me desirable to them but I think it’s fine that people make sad music.

NT: How was the process of rearranging your songs for Collection, and did any of the songs you mixed change in unexpected ways?

SA: It was actually pretty easy because I’d been playing with a live band for about nine months. We had been playing most of the songs that ended up on Collection, so we already had these arrangements worked out. We had already had these obvious choices for the album because we always played them live or they’d go over really well when we played them. I think the songs really took on a new life when we recorded them in the studio, just like they took on a new life when we played them live with the band. “Inside Out” definitely became a lot heavier.

NT: So many people have been asking you about dropping out of school but I was curious about what your Music Business Major is helping you with in your career now and if the irony of avoiding music to earn that major is what drove you to drop out?

SA: I was only in that major for a year. For one thing, I liked it because it allowed me to work on school less and not feel bad about it. I was already losing focus on school to spend more time on music. When I was focusing on music in that major, I was focusing on my studies which made it fly by. I learned good things like how much to pay people working with me, how to advance shows and planning type stuff. For the most part it was just what I was doing because I didn’t have a career. I always wanted to be in the industry whether it was booking shows or playing music.