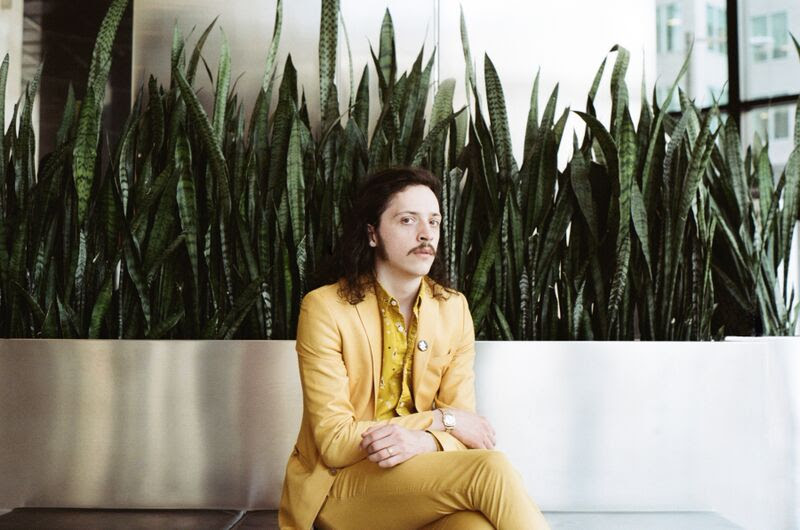 Thank You For Stickin’ With Twig is the upcoming album from Slim Twig. The full-length will be available on August 7th via DFA Records. The forthcoming release is the fifth LP by the songwriter/producer. Twig has has also released a swath of EPs, singles and one-offs, displaying in the process a complete disregard for genre or consistency.

His previous record, A Hound At The Hem, was re-issued by DFA last year. After producing two albums for U.S. Girls (U.S. Girls on Kraak in 2011, Gem in 2012), and scoring two films (Sight Unseen and We Come As Friends (winner of a Special Jury Award at Sundance), Twig found himself in 2013 at a creative impasse. He had been through various full band incarnations live and on record. Something in this rubbed off on the recordings found on Twig’s latest.

On first single, “Slippin’ Slidin’”, we are welcomed by a blast of synth noise, soon followed by sexually agitated lyrics (supported by Meg Remy, whose vocals are featured prominently on much of the record) atop a deafening beat, distorted and sleazy. The immensity of the production (achieved in collaboration with co-producer Anthony Nemet and mixer Steve Chahley) represents an evolution of Twig’s approach, sustained at a fever pitch throughout the album.

Thank You For Stickin’ With Twig will be available digitally and on vinyl with DFA issuing an additional 10 deluxe edition copies on gold vinyl. Each deluxe LP is sealed in a custom frame, with a signed and numbered letter of authenticity signed by Slim Twig and representatives from DFA. The deluxe edition also includes a digital download on release date.

THANK YOU FOR STICKIN’ WITH TWIG TRACKLIST: