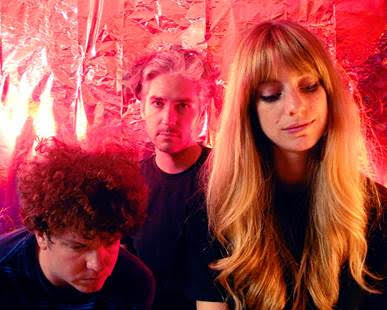 Texan shoegaze artists Ringo Deathstarr return with their fifth studio album, ‘Pure Mood’ out via Club AC30 on November 20th. Today, they share their cover of T’Pau’s “Heart and Soul”.

Ringo Deathstarr was formed by Elliot Frazer in his hometown of Beaumont, but he soon relocated to the more musically active town of Austin. After a string of successful releases they settled on a solid line-up with Daniel Coborn and G.G. Alex before playing their knockout show at Reverence Festival in 2010 that secured them a place with Club AC30, the innovative label responsible for the recent successful releases by Pinkshinyultrablast, Taffy, Fever Dream and Flyying Colours amongst others.

“We have never spent as much time on any album before, but it was only a few hours a day maybe 3 times a week…sometimes less. Waiting for the album to be released is the hardest part because we are ready to get out there and show it to the world!” The band eagerly anticipate the release of their next album; rightly so – pensive and pounding, ‘Pure Mood’ oozes all things dank, dark and dreamy. The 12 track LP, to be released in November, presents a vivid and searing collection of songs that re-imagine the shoegaze genre, allowing Ringo Deathstarr to soar beyond their contemporaries.

The aptly named opening track ‘Dream Again’ is sung by bassist G.G Alex, whose delicate voice echoes eerily over the spectral, otherworldly chords that pluck underneath. ‘Heavy Metal Suicide’ & ‘Stare At The Sun’ contain the same cathartic droning that has been previously celebrated by genre forefathers, My Bloody Valentive and Slowdive. Tracks like ‘Never’ and ‘Boys In Heat’ plunge the band and listener alike deep into the uncharted sonic depths of unadulterated, decadent sound. Elliott Frazer’s vocals accentuate the eruption of noise behind his anthemic lyrics, dipping in and out of brief moments of clarity before bursting back into the manic grit of songs like ‘Big Bopper’ and ‘Frisbee’. There’s a daring clash of fury and fragility throughout ‘Pure Mood’ that demonstrates Ringo Deathstarr are not just reliving a scene, they’re re-inventing it with their shattering use of chaotic guitars and haunting voices.

‘Pure Mood’ is a complex thrill-ride that’s seeped in fervent shoegaze and lingering lyricism, proving Ringo Deathstarr are the torch-bearers of the movement and continue to contort and mutate into something beautiful. The 12 track LP will be released on November 20th via Club AC30. 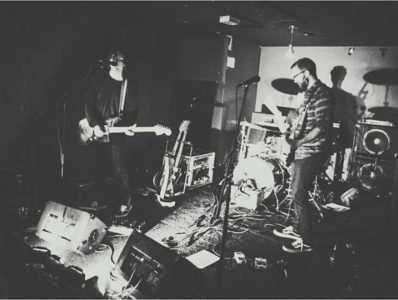