On May 13th, Scotland’s PAWS will release Youth Culture Forever. The sophomore album is their latest since 2012’s Cokefloat!, an album whose promotional cycle made clear the band’s desire to find success outside of the UK. The years in between were spent relentlessly touring the US and Europe, gaining a loyal fan base in the former country after being named one of the top 5 best acts at SXSW 2013 by Spin magazine. Through their travels, the group’s outlook has matured immensely: If Cokefloat! was the sound of PAWS embracing young abandon, then Youth Culture Forever is both a swan song to that lifestyle and an ode to growing up.

Nowhere is this change more evident than in the lyrics of Youth Culture. On “Erreur Humaine”, the singer asks of his partner “do you believe that our race has been run? If the answer is yes, then please tell me who won” and, in reference to their new love, “the why when and where, and who is this bastard?”. Next up, on “Tongues”, an equally bitter lyrical passage damning a failing relationship: “I don’t know what you want from me anymore, do you want the same things that you wanted before?”. His words cut deep, and are made even more truthful by the angsty melodies surrounding them.

Despite these melancholiac leanings, there are many instances where the hooks are uplifting (albeit in an aggressive way). Songs like “Someone New” and “Let’s All Let Go” are near perfect in their understanding of pop-punk classicism. PAWS can effortlessly jump from Jawbreaker worship to neo-garage with ease. Carbon copies, though, these are not: while they would fit in perfectly well alongside any Hopeless band in their prime, PAWS pull off their act with barely any sense of irony.

Even with all of their obvious reference points, PAWS manage to throw a few curveballs. Take “Alone”: after Taylor and co. wonder why anyone would want to go to their own funeral, the song abruptly shifts into a beautiful rock dirge, complete with a long instrumental refrain and droning strings. It’s a testament to both their skill as writers and an unwillingness to conform to the expectations of the genre.

Youth Culture Forever is a necessary album in the PAWS catalogue. By managing to keep one foot in the carefree leanings of their earlier work while still looking forward, they’ve released their best material yet. 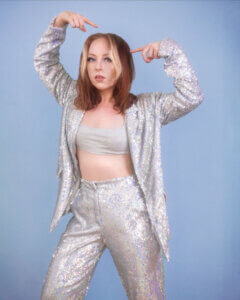