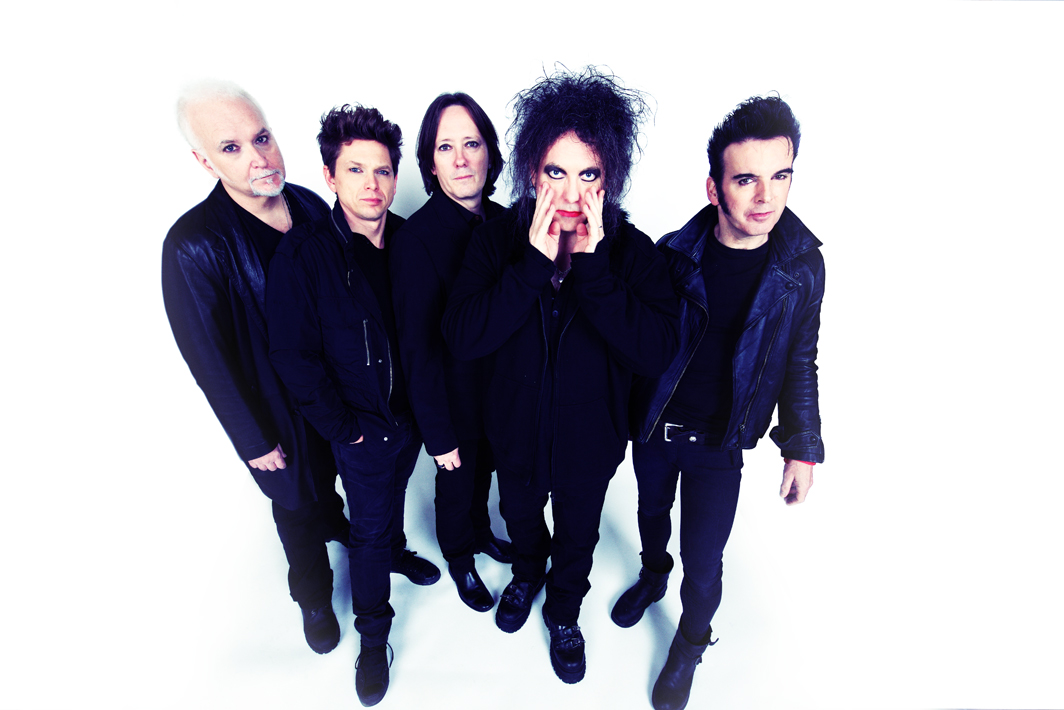 Stories of the Cure’s set lists growing and growing throughout their current North America had been floating over the weeks before the classic band made their way to Burnaby’s idyllic, water-set Deer Lake Park, leaving many devotees wondering what they’d be treated to. Time-tested classics? Oddities from the vaults? The fervor led thousands to swarm to the outdoor venue just as work whistles were blowing so they could find out.

Before the big show, though, Scottish dark pop crew the Twilight Sad were tasked to please the teeming masses. The quintet put on a decent performance, mixing a bit of gloom into their post-post-punkiness, and had a few dozen shaking up front. Vocalist James Graham contorted, swayed and bit into his fists for songs like “There’s a Girl in the Corner,” and was beyond happy to be playing for the large, if slightly sedated, crowd.

“This might be the most people that have watched our music before,” he exclaimed to the mostly seated field. “It’s crazy.”

Not too soon after the act stepped offstage, a cornucopia of Cure fanatics pushed forward to get a closer look at the impending headliners. This included choker-sporting teens whose teased hair could rival Robert Smith’s famously messy ‘do, goth-garbed toddlers with angel wings, golf dads in sweat-resistant polo shirts, at least 70 people in Joy Division t-shirts, plainclothes vapers, mohawked punks and more. Most exquisitely, one woman doubled-down on a Cure tributing ensemble comprising “Love Cats”-style kitty ears and a giant, Kiss Me Kiss Me Kiss Me-alluding maw sewn onto the front of her bright red, lace-and-silk gown.

Also entering the scene in grand fashion were the Cure, who walked up onstage a little after seven and proceeded to melt the crowd with their dreamy, deceivingly-titled “Plainsong.” Simon Gallup– looking like a bad-boy Outsider with his sleeveless jean vest, neckerchief and slicked-forward cowlick– had his bass slung low to deliver watery, chorus-affected melodies. Bleeding into the mix was Robert Smith’s crimson-lipped vocals about a rain-darkened night wherein the wind was “blowing like it’s the end of the world.” Thankfully, this summation was far from the truth, with Burnaby resting beneath a beautiful, late evening sun.

The devotion of the crowd was demonstrated for the next Disintegration classic, “Pictures of You,” where, out in the fray, a single rose poked through a sea of smartphones aching to get a snapshot of Smith. Drummer Jason Cooper held down the beat, often triggering a wind chime sample for this and follow-up track, “High.” In addition to the filled field standing at attention, a pair of canoes could be seen creeping along Deer Lake to listen in.

“I feel like I’m in my back garden, singing to myself,” Smith mused of the serene setting shortly before he and the rest of the band launched into “Last Dance.”

The hits were heavy throughout the nearly three-hour set list, which pulled from various eras. Down-but-romantic classics included “A Night Like This,” “Love Song,” a one-two punch of cloud-hopping pop anthems “In Between Days” and “Just Like Heaven,” and the chunky, percussive crunch of “Fascination Street.”

The first encore specialized in songs from sophomore album, Seventeen Seconds. A cobalt coolness spread across the park during “At Night” and “M.” “Play for Today” didn’t seem as crucial, with Cooper slowing the arrangement down significantly. “A Forest” was given a jazz-goth, creepy-crawl intro before heading into its familiar framework, but it too lost a bit of the paranoid vitality of the 36-year old studio recording. All the same, it inspired a pair of chalk-faced ghouls to perform a patient two-step near the back of the field.

The second encore was owned by guitarist Reeves Gabrels, who slashed and burned his way through a series of wriggly squeals on “Never Enough.” That said, his fret work went a little over the top on the quite-dated sounding ’90s pop-tronica of “Wrong Number,” where he rocked a wah-wah pedal mercilessly.

Earlier in the evening, Smith joked of how people seemed to believe the band plotted out set lists months in advance, but the mega-hits of the final encore shouldn’t have been too much of a surprise to the faithful. A blessedly bouncy “Close to Me” was thrown off-course, however, when Gallup’s bass dropped out of the mix entirely. Getting the band back on track, oddly enough, was a wildly raucous “Why Can’t I Be You,” where frontman Smith commanded an imaginary orchestra with his twinkling fingers before wrapping his arms around his ribcage and growling. He put it best as the song hit its final note: “Simply Elegant.”

The grand finale was jangly post-punk number “Boys Don’t Cry,” a crowd-pleaser despite it, too, being played incredibly slow. That said, it came nearly three hours into an epic set that found the band trotting out over thirty songs, so you could forgive the slackened pace.

As the troupe finally laid their instruments to rest, Smith thanked the crowd and gave them a hopeful, “see you again!” You couldn’t ask for much more of a night like this.