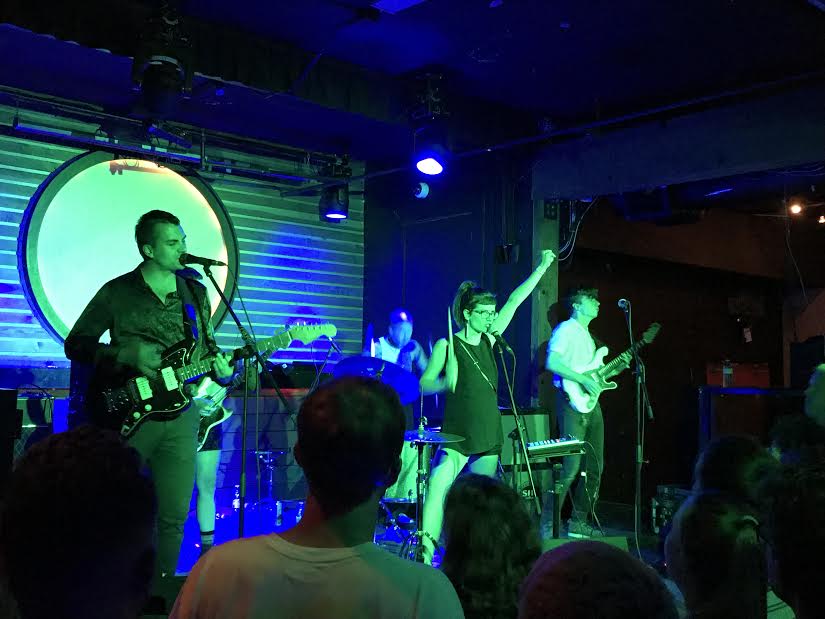 Bodega 'Live in Vancouver, BC photo by Martin Alldred
TwitterPinterestPocketRedditFacebookEmail

Brooklyn based art rockers, Bodega, came to Vancouver last summer, playing at the Fox. Although that gig was great, new drummer, Tai Lee, from STOMP, added an extra dimension to the performance, creating even more energy and excitement to the set. She beat those drums with anger and passion, jumping in time with the drumming and even managing some kung fu kicks.

It’s a shame the audience was really small, with only around 50 people, but they lapped it up all the same. Lead singer and guitarist, Ben Hozie, told the audience to move forward to make the show more fun for everyone and they duly obliged. He was right, it was the most fun I’ve had at a gig this year.

The band hammered through their songs, with Nikki Belfiglio directing the audience with her drum stick. She is vocalist and symbol player, and controls the computerized voice, but she also bills herself as art director and you can see why. When you add the deadpan bass player, Heather Elle, it is difficult to imagine a more edgy, arty and cool percussion section. The computer repeated the phrase ‘Heaven knows I’m miserable now’ between a few songs. Was it a reference to the small crowd, the intense nature of gigging, the state of the world right now or just something to add to their verve?

Crowd favourite “How Did This Happen” was an event in itself. Hozie performed Name Escape guitarless, so he could move around the stage unrestricted. He encouraged the audience to sing along, though it was difficult to hear them when they were so small in number.

Having such a small crowd at one of Vancouver’s coolest gigs of the year was disappointing. Bodega deserve to be playing to bigger crowds in North America. They are off to the UK later in the month, playing at the Edinburgh Festival, Green Man Festival, Newcastle and Leicester. It seems like they will be yet another North American band who are appreciated more on the other side of the pond.

Review and Photo by Martin Alldred 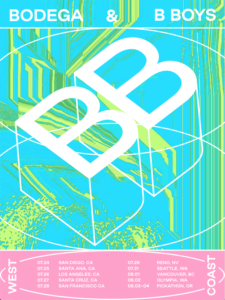 B Boys And Bodega Announce Tour