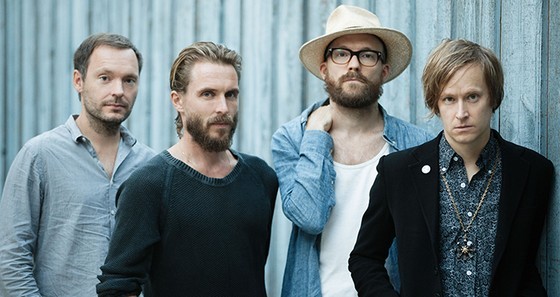 Along with two ferocious studio tracks “Servants of Death” and “Stolen Voices”, an unreleased song from the Freedom recording session which was only available on the Japanese version of the album. Additionally, the Servants of Death EP features four masterful live performances from Refused’s 2015 European tour. The live material includes the iconic title track from their influential The Shape of Punk to Come, as well as a rendition of the 1998 album’s epic “Tannhäuser / Derivé.” With its live tracks recorded in Hamburg, Germany, and in Antwerp, Belgium, Servants of Death was mixed by Don Alsterberg and mastered by Hans Olsson Brookes.

Servants of Death is the follow-up to 2015’s Freedom. After making their unexpected return with Freedom—their first album in 17 years—Refused took on a rigorous touring schedule that included a headlining tour with Plague Vendor and a support slot with Deftones, as well as performances at Riot Fest Denver and Chicago in 2016.