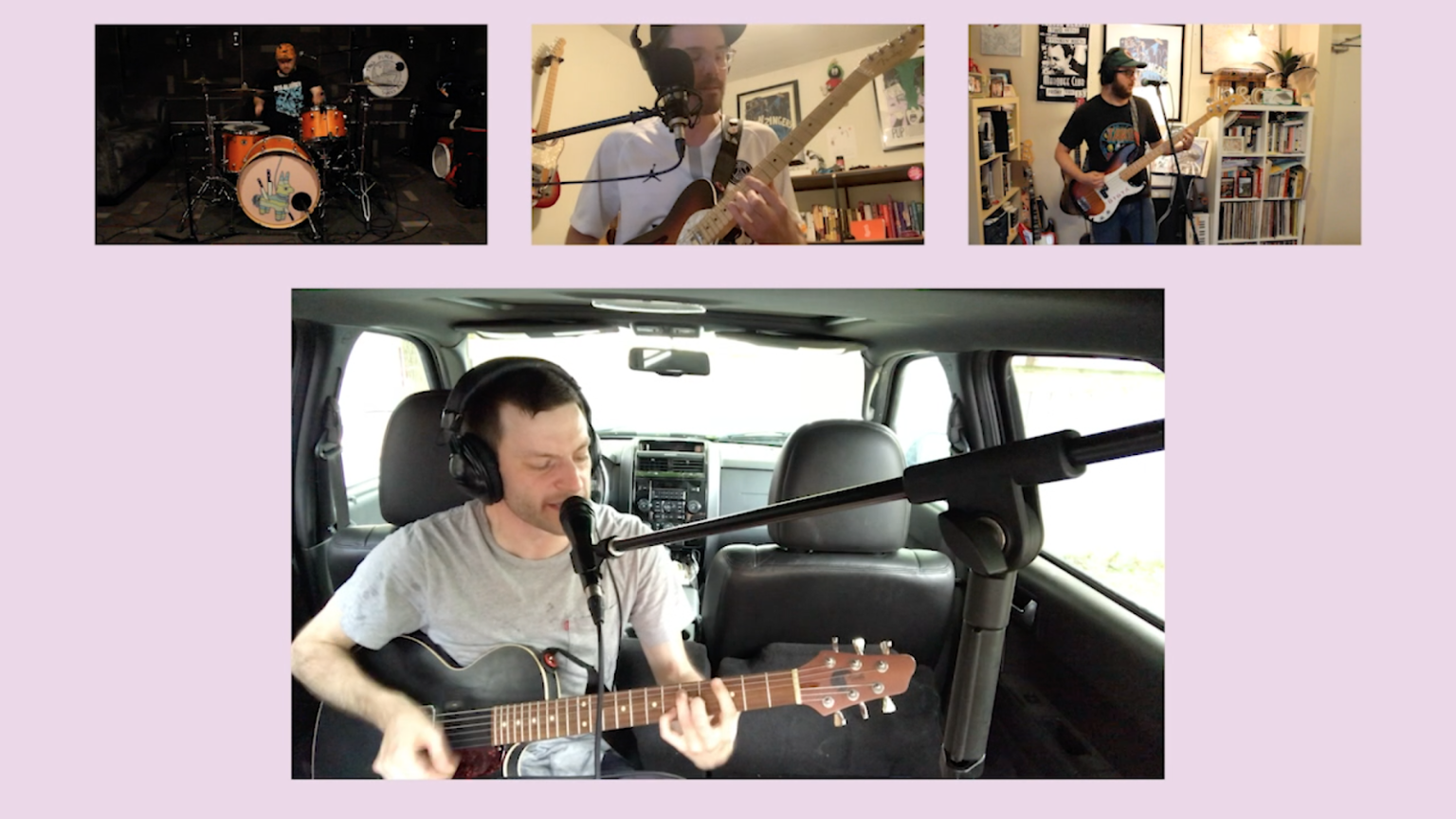 PUP, recently returned a few weeks ago with “Anaphylaxis,” their first new material of 2020, since the release off their popular LP Morbid Stuff, and now they have created their first quarantine-induced performance for the single. In other news, Riot Fest in Chicago just announced its initial lineup for 2021, and PUP will be performing, tickets HERE.

Says lead singer Stefan Babcock about the video: “During our quarantine, I couldn’t go to our jam space. I also live in a small apartment and my neighbours understandably get very annoyed and/or concerned about my mental state when they hear me yelling my head off about getting stung by bees or killing my bandmates or whatever garbage these dumb songs are about. So I started making demos and recording in my car in a parking lot across the street from my house. Every few minutes, cops would slowly drive past to see what the unhinged kid in the busted up Ford Escape was doing. But I’m white, so lucky me, my biggest worry was that they’d judge my precious lyrics. White privilege is real. Defund the police.”

Additionally, PUP have put Morbid Stuff-themed masks up for sale now, with a portion of the proceeds going to the Trans Toolkits Collective, supporting trans, two-spirit, and non-binary people in Toronto dealing with gender dysphoria and being hit especially hard by COVID-19 by delivering personalised toolkits of gender essential items. Click here to buy a mask and support.