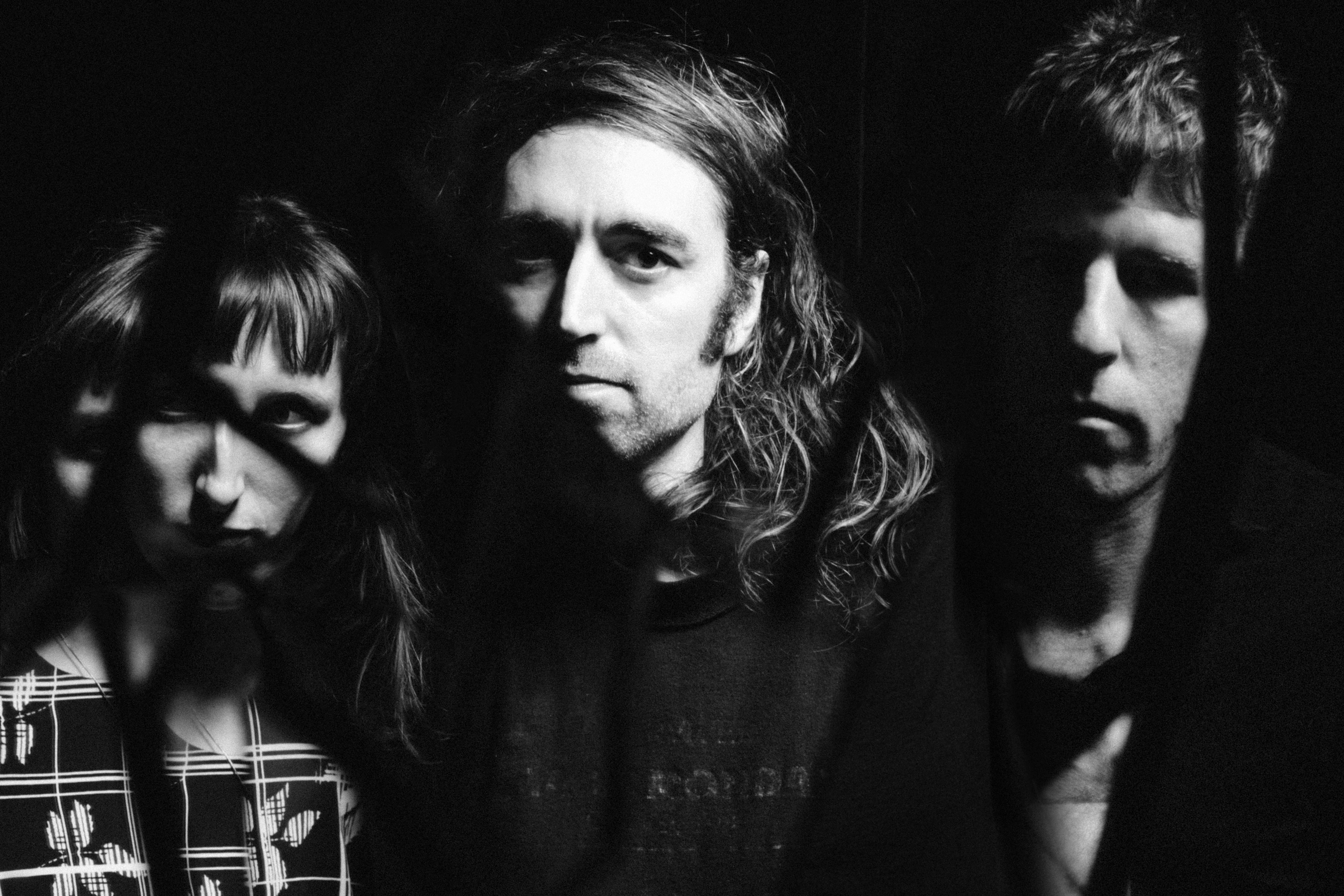 Whether it’s completely changing their writing or putting their live show on the line for a good time, A Place To Bury Strangers always keep things from being safe. For their latest record Pinned the band had moved and gained their new drummer Lia Braswell, and decided to make the most of their new situation. We caught up with APTBS’ Oliver Ackermann to talk about their new album, shifting gears and why they’re at their most comfortable being uncomfortable.

Northern Transmissions: How did Lia Simon Braswell join the group and how has she shaped things since joining ?

Oliver Ackermann: We didn’t really have a drummer at the time so we were playing with different friends for a while. Dion saw Lia at a show, and just thought she was awesome. She was such a wicked drummer that when she tried out it just seemed like a natural fit. Then as she learned the songs more she would take on the role of singing more, and it just sounded so cool. Her voice sounds so different and foreign from anything that I would’ve conceived for this band. Her whole voice and ideas are wild from what I’ve been into, but it matched well. It’s brought new life to the band to have it change directions like this, it feels like a new band in a way. At this point both Lia and Dion are so talented that it’s easy to just jump into writing songs in the moment. It makes you come up with ideas quickly and break down old ideas. It forces you to try things over and over from the past, which is advancing our song writing in a way that might not have happened for another ten years. It’s cool to destroy something you were working on and start something fresh.

NT: You’re one of the wildest live bands around these days, even more crazy considering you’re known to destroy instruments from time to time, what keeps you pushing the envelope live and how do you keep this kind of destruction sustainable?

OA: It’s thrilling and exciting, and in some sense when you do something over and over again you have to break away from the monotony of playing. A lot of this stems from trying to throw a wrench into what we’re doing, so we can creatively find a way to make things happen. We’ll be fucking with each other constantly, which can turn out terrible, but as time goes on you get used to making something work. A lot of shows and bands that I’ve seen, the best part was when something went wrong and they had to rebuild a PA or play through another person’s amp. You witness something real as opposed to something mapped out. That’s just keeps it exciting for us too. That might be selfish but if we were just hitting play and doing dance moves, I would just get bored.

NT: How did the live improvisation side of the deluxe version of Pinned come about and how does this kind of playing reflect you as a live band?

OA: There’s only so many songs that we could get our hands on, so I had to pick from that and see what made sense next to our record sound-wise. There were these collections of things that we’d played live or in practices, and that shows a slice of what I was just talking about with the songs quickly changing and shifting. It’s a mile-marker to what we were doing even just a year ago. That record was exciting because we almost wanted it to be a whole other record. It’s such as a cool perspective on one moment in time, and when you capture that you see that you can’t always recreate that in a studio.

NT: I was also interested on this note how often this kind of writing gets turned into album cuts versus something like this?

OA: It’s just been happening more and more, you’d start with an idea and shoot for that while writing. With this record, it was coming from a stream of consciousness where we jumped without any thought behind it to see what would happen. In some way you’re tapping into all the sounds and melodies you’ve heard, and then stringing them together. Maybe that is more of what we’ll do in the future. It’s always fun to change your process as much as possible.

NT: Speaking of this you’ve talked about reinventing your writing often to keep things fresh, so what was the key to that this time, or was the change of studios enough to shift gears?

OA: I think the new drummer, a change of space, all really goes into the choices you make going into a record and it’s the same processing when something goes wrong in a set. You have to see what you can do to embrace the change. A lot of these songs were written in an apartment so they have this vibe of sitting down and playing with a drum-machine. Lia joined and we embraced where her voice goes and we just wanted to support it all. We do also enjoy imposing different rules on ourselves but you do have to go with the flow as well.

NT: “Never Coming Back” opens Pinned on such an ominous and massive feeling, so what was the inspiration behind that song and what set you off writing it?

OA: It was just thinking about life and how you’re not sure if you want to continue, as well as looking back at your life. You’re reflecting on time with family and friends, and thinking these things won’t happen again. That really just poured out into what was written at that time, and you can hear it in the repetition and the building intensity of the song. It’s not changing but it’s moving towards a conclusion.

A Place To Bury Strangers Live