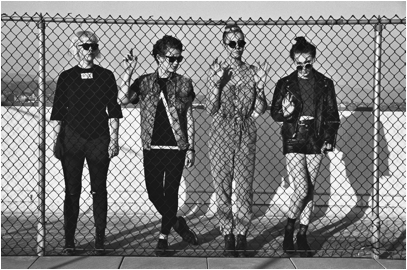 In celebration of the release of PINS new album Wild Nights, the group have released a new video for “Everyone Says”. The clip was shot by guitarist Lois MacDonald using Super 8 footage, the video represents “someone really upset and contemplating whether they wanted to live. By the end of it we wanted it to look like they were reborn and survived.”