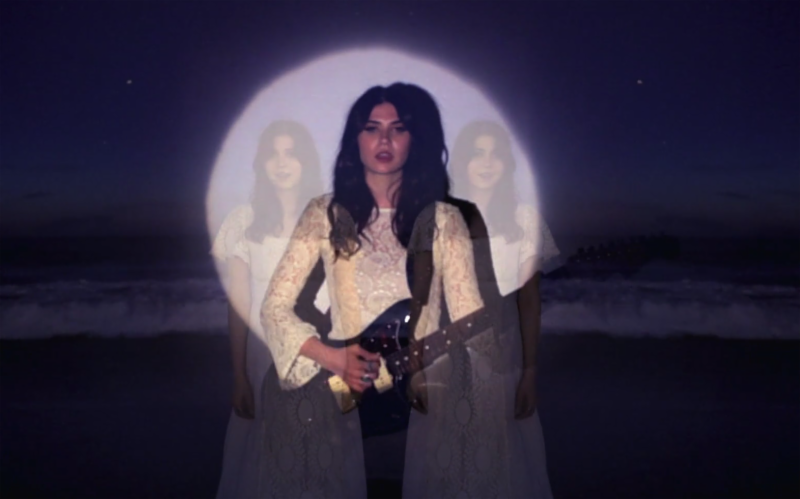 After the 2015 release of her debut self-titled EP, Pearl Charles has announced two Record Store Day releases. The first of those releases is the inclusion of her song “Phases” as part of the Alcopop! curated UK label compilation and the second of which is the physical release of her self-titled EP (previously only available on cassette and digital on Burger Records) via Kanine Records, which will include three bonus tracks.

Along with the announcement, Pearl Charles has released a new video for “Phases”. The clip was directed by Davis Ayer who worked on the piece with artist Evan Hawkins and depicts Charles strumming her guitar against a background of sea and moody spotlights, serene and ethereal. It also comes in advance of the string of shows throughout California that Pearl will be playing starting next week. Check out the video below and more on Pearl Charles and upcoming tour dates.

At the young age of 23, Pearl Charles already has deep roots in the Los Angeles music community. An LA Native, Pearl embodied California rock and roll cool even before she took her natural position as a figure in the local music scene (and beyond). Pearl started logging miles on the road with her first band, old­timey Americana duo The Driftwood Singers, at age 18, followed by a lengthy stint drumming and singing in garage­-pop band The Blank Tapes. Along the way, Pearl collaborated with artists such as Jonathan Wilson, Stephen McBean (Black Mountain), Farmer Dave Scher (Beachwood Sparks) and Johnathan Rice, as well as toured extensively internationally, supporting diverse artists such as Father John Misty, Matt Costa, Thee Oh Sees, Kim Deal, The Growlers, Allah Las and Mystic Braves. Despite all of this, she managed to find time to earn a BFA in Music from CalArts.