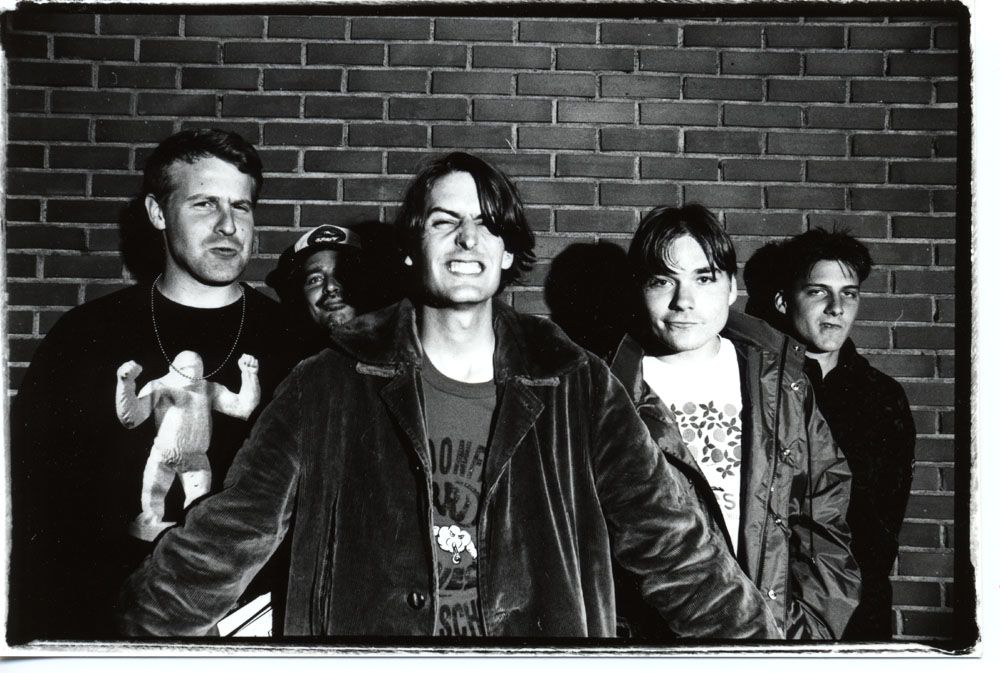 One week prior to release, The Secret History, Vol. 1, the Pavement double LP rarities comp is streaming today. The 30 tracks, 25 of which will be available on vinyl for the first time ever, are all culled from the Slanted and Enchanted era (1990-1992) (and previously available on 2002’s Slanted & Enchanted: Luxe & Reduxe CD). The deluxe double LP contains essays by Stephen Malkmus and Spiral Stairs, plus essays from Matador Records, Billions Corporation, and Drag City bosses.

The strangest thing about Pavement? Not that there were ever many non-strange things about Pavement? Even though they made their era’s finest rock albums, the albums only told half their story. Pavement also made some of the Nineties’ best albums that never happened.

Every proper Pavement album, from the out-of-nowhere debut Slanted and Enchanted to the summer-upper Terror Twilight, was accompanied by a flurry of slay tracks and stray slack—songs that got scattered on B-sides, EPs, compilations, radio sessions. But Pavement were too busy writing and recording to worry about where to stash them, and they moved too fast to leave a tidy trail. So they left these songs off their albums. Some never got released at all.

Matador is finally releasing a series of these shadow albums. The first, is The Secret History, Vol. 1, collecting the songs that got away during the era of Slanted and Enchanted, which Stephen Malkmus, Scott Kannberg and Gary Young recorded on the cheaper-than-cheap in January 1991. The Secret History, Vol. 1 collects gems from Peel Sessions (“Kentucky Cocktail,” “Circa 1762”) and seven-inches (“Baptist Blacktick”) as well as live slop from the first European tours, with Mark Ibold and Bob Nastanovich in the fold.