Our favourites from SXSW 2015 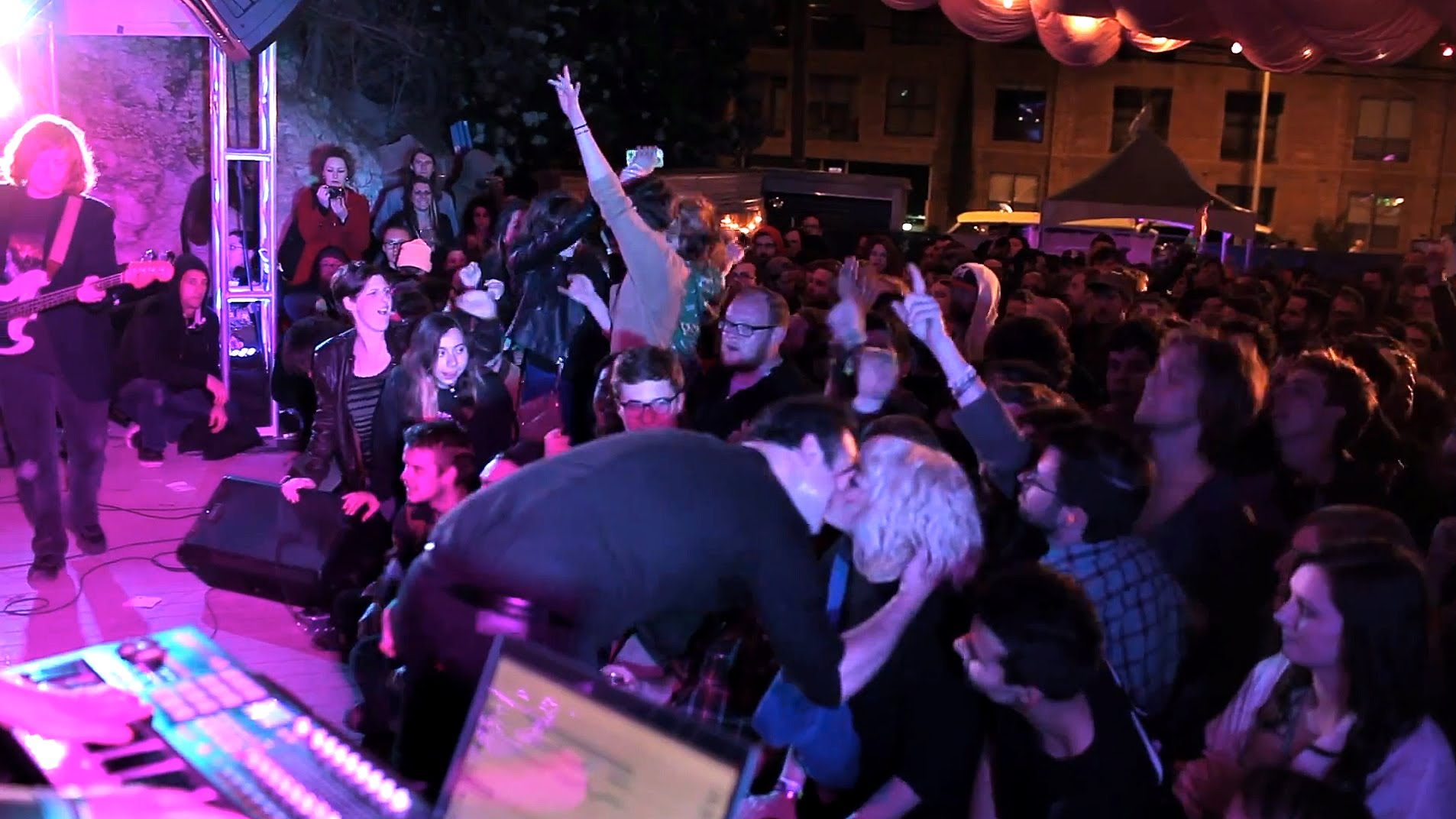 At the close of a festival as expansive as sxsw, one can’t help but feel a little bit of regret. The amount of artists and locations is at such a level of overwhelming that once you reach the finish line, you feel equally exhausted and frustrated simply because you can’t be at two places at once. For me, I especially regret not seeing Metz or Torres, but I’ll catch them the next time they’re in town.

But enough of what we missed. Here is what we SAW.

On our second night, I had the pleasure of seeing Baltimore synth pop giants Future Islands at the Mowawk. It was an outdoor venue that felt like you were seeing the band play your rich friend’s backyard patio and lead singer Samuel Herring was like your friend’s cool dad leading the party. A great cross section of the band’s discography was played but everyone went especially nuts for anything off Singles, the album that has pushed them into their much deserved headliner status.

On our third night, I went and got nuts at the PC Music party at Empire Garage. Of all the showcases throughout sxsw, this one had the most unique feel with each DJ taking stage like an assembly line of beat deliveries. Read more in detail about that show here

Having played eight shows throughout sxsw, I finally saw Courtney Barnett play at the Austin Convention Center, her last show for SX. “Pedestrian at Best” is the best song of 2015 thus far in my opinion, and getting to see it live was great, but this falls into the aforementioned Regret pile, only because the venue felt more like an exhibit performance rather than a real ROCK experience. Still, totally dope, and someone brought a blowup kangaroo pool toy.

Seeing Speedy Ortiz play in a venue like Brazos Hall was a little strange. The place is set up with a lot of neon lights and has a huge stage that dwarfed the group, not to mention the place has a very fratty vibe that seemed like something that would have been on the Las Vegas strip. Regardless, the band pounded through a great set mostly consisting of tracks from their forthcoming LP. I was excited for the record before the show, and I am beyond stoked now.

Sunday was the most beautiful day weather wise so being able to see a fun band like Jacuzzi Boys was perfect for basking in the light peering through the skylight of the bar Frank. Beachy garage punk at its finest and the frontman really knows how to wile out. Pile who I had never actually heard of before were also totally superb. Angular and mathy, they were a nice juxtaposition to the sunny day, and an excellent way to wind down from a long week of constant stimulation.