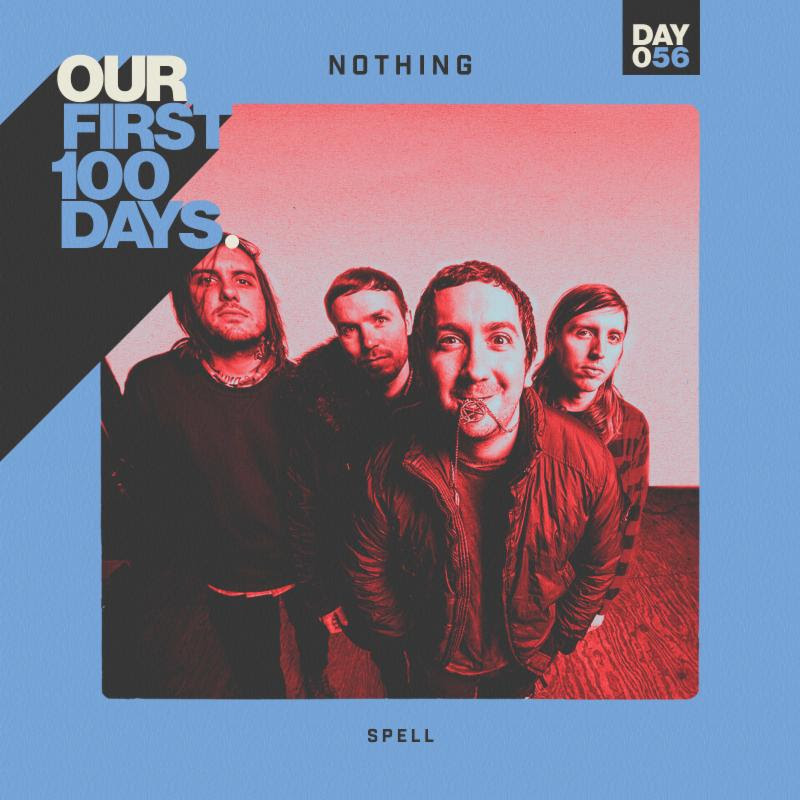 Today, Philadelphia’s Nothing is sharing a new track. “Spell” is from the recording sessions for Nothing’s second album Tired of Tomorrow, and can be heard now through Bandcamp’s Our First 100 Days campaign. Every day over the course of the first 100 days of Donald Trump’s presidency, Bandcamp is releasing a new track. The songs are free to stream and for a minimum donation of $30 fans can download all 100 tracks, with all profits raised going directly to organizations working on the front lines of climate, women’s rights, immigration and fairness. To date, the campaign has raised $80,000.

In addition to “Spell”, Nothing is announcing added shows as direct support to AFI as well as several headline shows. Hear “Spell” below and find all upcoming tour dates.

NOTHING frontman Domenic Palermo got his start as the brains behind the late 90s/early 2000s hardcore/punk act Horror Show in the crime-riddled neighborhoods of Frankford & Kensington in North Philadelphia. Unfortunately, Horror Show’s existence was cut short in 2002, when Palermo was incarcerated for an aggravated assault charge (to which he pleaded self-defense) and subsequently served a 2-year prison sentence. After getting out of prison and working the next 5 years under watch of Pennsylvania parole board, Palermo took a lengthy hiatus from music, entering a period of personal reflection that led him through a maze of death, negativity and uncertainty. Nicky returned to music in 2010, and founded Nothing with the release of the demo Poshlost (named for an intense and quintessentially Russian form of spiritual banality). Following the release of Poshlost, Palermo met Brandon Setta, who would bring lush soundscapes and a fresh approach to Palermo’s vision for Nothing and to the band’s next two EPs, Suns And Lovers (Big Love, 2011) and Downward Years To Come (A389, 2012).

Nothing then signed to Relapse for their debut 2014 full-length Guilty Of Everything, which was inspired by the events surrounding Palermo’s prison sentence. The band toured Europe and North America extensively in support of Guilty, and performed at festivals including Osheaga, Roadburn, Firefly, Budweiser Made In America, and SXSW. In summer 2015, while on the eighth consecutive month of a non-stop tour that had seen the band performing with the likes of DIIV, Merchandise, Torche, Failure, Hum and more, Palermo was mugged and badly injured in Oakland, CA. The assault left Palermo with a fractured skull & orbital, nineteen staples, and a drastically re-shaped perspective about his music and life. That new mindset, which the band hadn’t been able to realize until Palermo’s injury, forced them to take a break from the endless touring – “Like when you’re in a car going 100 miles per hour and connect with an oak tree and everything behind you comes smashing forward,” Palermo said. That was the basis for the band’s new record Tired Of Tomorrow, which was recorded over the course of a month at Studio 4 with Will Yip (Title Fight, Superheaven, Touche Amore, etc) this past October.