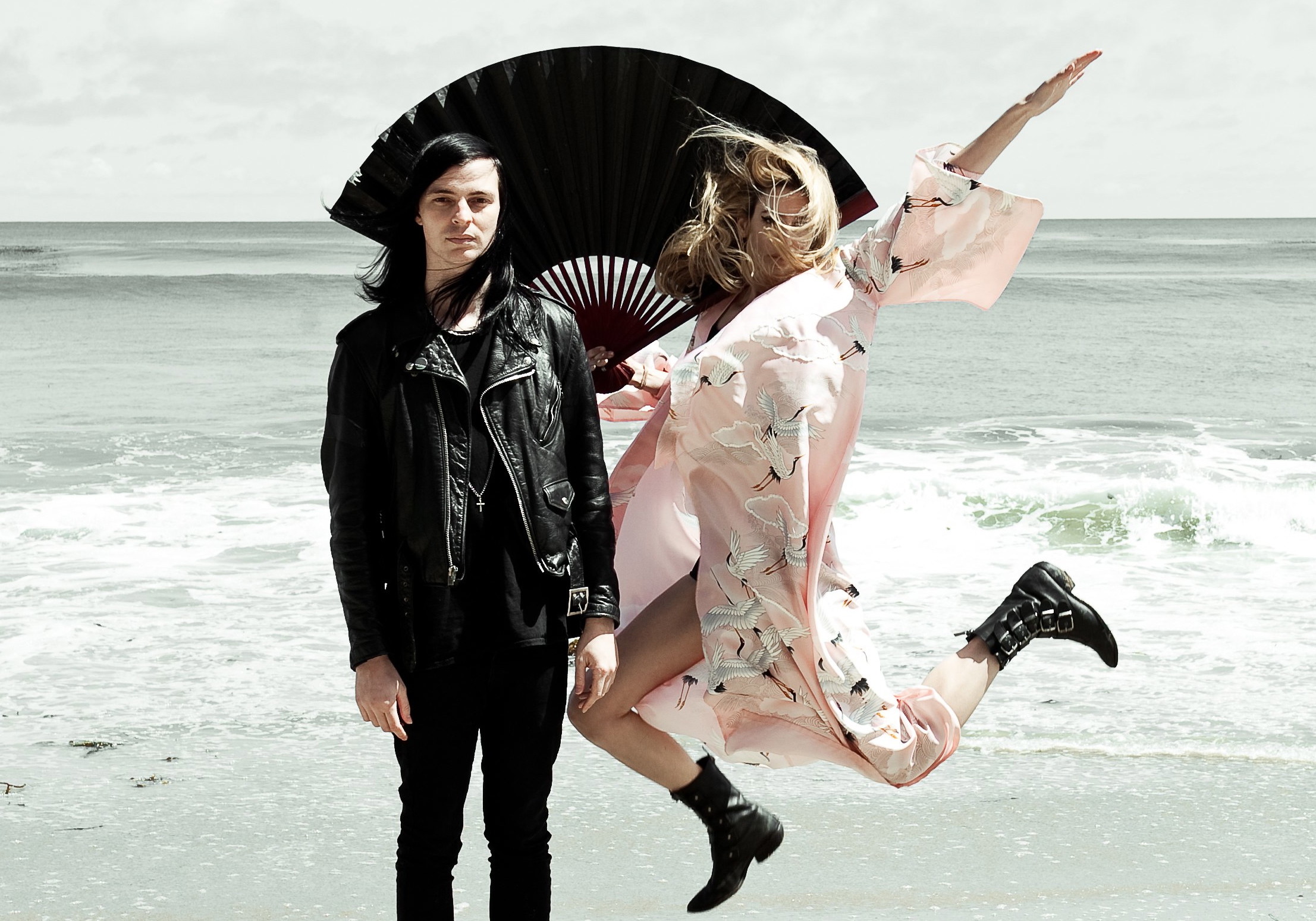 Charles Brownstein talked to Ioanna Gika and Leopold Ross from L.A. Band IO Echo about their inspiration behind Japanese instruments, working with Harmony Korine and Playing with Nine Inch Nails at their final show.

CB: Where does your appreciation for Japanese koto harps and Chinese violins come from? You don’t often hear bands using those types of instruments.

IG: One of the main themes of this collection of songs is dealing with different types of loss- death and heartbreak. In Japan, if something breaks, they won’t always try to repair it to look like nothing happened. They’ll put gold in it to appreciate its history and the things its been through and its just as beautiful. A romantic, surrealist world influenced by the far east and through our own escapism began to form as we were writing the songs, and there was something about being alien in an unknown environment that was inspiring to us, both lyrically and sonically as well. As a result we put layers of Japanese Koto Harps and Chinese violins as a texture running throughout the album. The far east is acknowledged in our visuals as well, through surrealist avenues.

CB: You have been credited with creating a whole new sound or genre of music called “New Orientalism.” Have you heard of this term before?

LR: “Not necessarily in music, but I have heard of orientalism in different forms of art- the Chinoiserie style in French fine art for example.”

CB: There is also a strong 80’s English influence in your music. What kind of music did you guys first connect on?

IG: When Leopold and I first met we had a long conversation about the song Venus in Furs by Velvet Underground. We are both huge fans of them and we share a love of many artists – but to be honest it is the contrasts in our musical tastes that inspire us. We had differing musical upbringings and that is what I hear running through our music the most.

CB: You scored the film “Rebel” written and directed by Harmony Korine and James Franco. How did you become involved in the project?

LR: Harmony had shot the film and was looking for music- the producer of the project suggested us so he asked us to do a track- we wrote our song ‘Aokagahara Forest’ to the picture that he sent us, fully expecting to have some back and forth of changes and adjustments- but he ended up using that very first version exactly as we sent it. We performed it live to picture at Art Basel.

CB: Trent Reznor asked you to open for Nine Inch Nails last live show. What was the experience like? Were you a little nervous beforehand?

LR: It was an honor- NIN is one of my all time favorite bands so to get to share the stage with them and get to be there and experience what was a really special night for them was amazing and something I’ll never forget.

CB: You guys have released a relatively limited amount of music, but you’ve already been compared to The Cure and PJ Harvey. How do you feel about these comparisons?

IG: People are always going to use comparisons to convey an idea of what a new band sounds like to someone who hasn’t heard it. The Cure and PJ Harvey sound quite different to one another, and so I appreciate that we are referenced in the vein of such varied, strong artists. I don’t think we sound like either of them particularly, but I’m happy for people to use them as reference points, they are incredible artists.

CB: You are releasing a self-titled EP soon instead of the originally planned “Ministry Of Love”. What made you guys change things around?

IG: Originally the labels in the US and UK were going to release the album at different times, but we wanted to try and streamline the release as much as possible so we pushed the US release back in order to align things worldwide.

CB: If you were only allowed to keep five albums, what albums could you not live without?