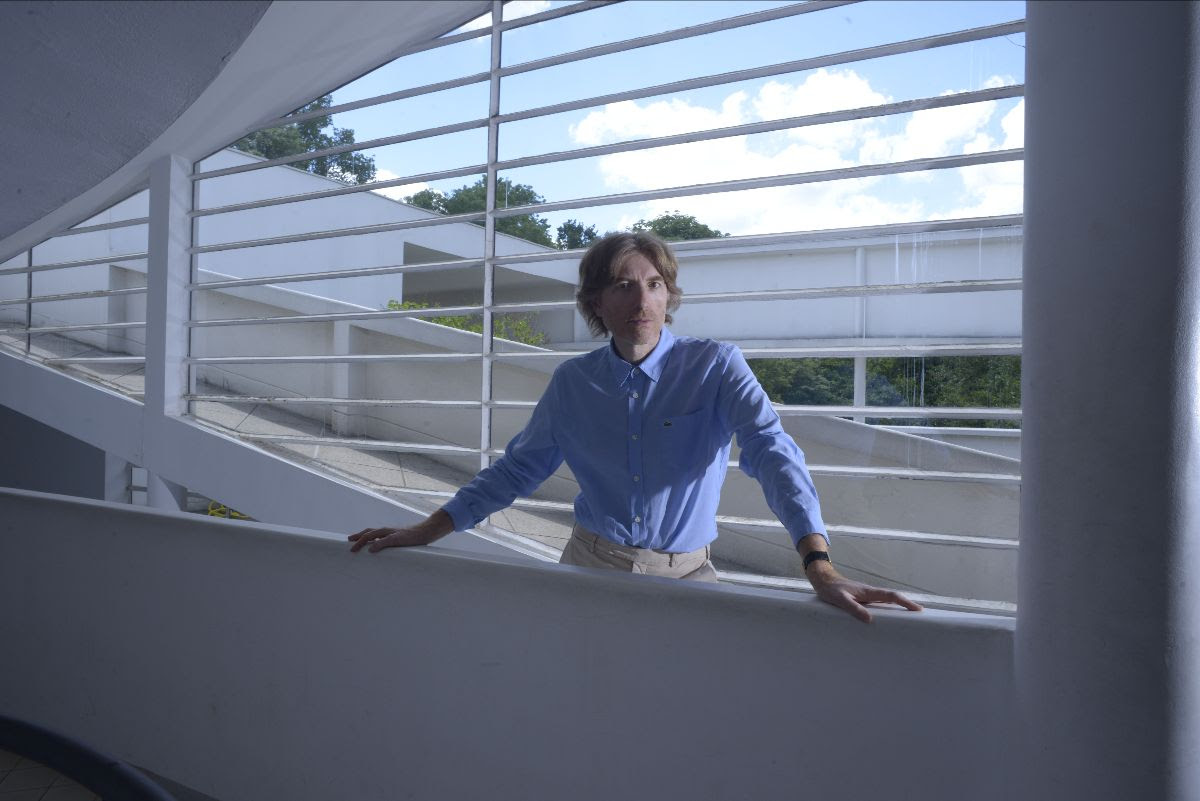 Nicolas Godin (Air) has released a new single/video for “The Border.” The track arrives ahead of his new album, due out next year via Because Music. 2015 saw Godin’s debut solo album Contrepoint “which channelled the influence of Bach into a rich, resonant and hugely rewarding spread of musical explorations, the founder of groundbreaking French electronic group Air continues the musical journey that began when 1998 ’s Moon Safari, became the sublimely weightless soundtrack of its time”.

Nicolas Godin on “The Border:”

“I wrote this song thinking of the great architect Mies van der Rohe. He built the Barcelona pavilion in 1929 on the hill of Montjuic in Barcelona and this building swept away all the past of the history of architecture to open a new page of human history, making the world enter into modern architecture. In short, it’s the story of someone who asks some others to follow him to the Spanish border by the sea to show them a new path towards freedom and peace…leaving everything behind.”

Director Alden Volney on the video for “The Border:”

“I wanted to explore the idea of freeing yourself from all the clutter and the noise, both physical and emotional. It’s about travel. Being hundreds of kilometers away from home and the identity crisis inducing realisation that you’re letting the stuff you hoard define you. It’s about strange, exciting new frontiers.”