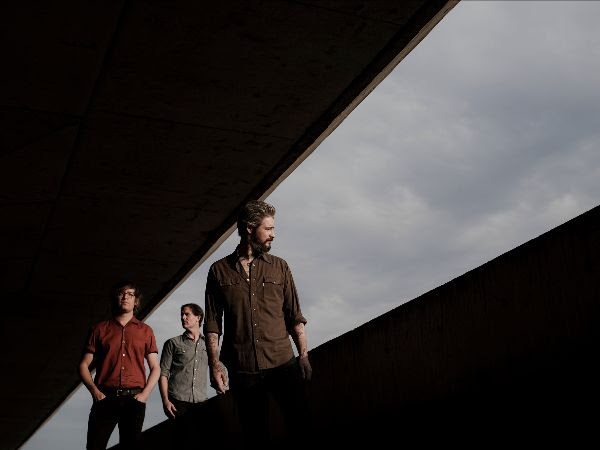 METZ will release Atlas Vending, on October 9, via Sub Pop/Royal Mountain. The album is described as the most dynamic, dimensional, and compelling work of their career. Covering seemingly disparate themes such as paternity, crushing social anxiety, addiction, isolation, media-induced paranoia, and the restless urge to leave everything behind, each of Atlas Vending’s ten songs offers a snapshot of today’s modern condition and together form a musical and narrative whole. Atlas Vending was co-produced by Ben Greenberg (Uniform) and the engineered and mixed by Seth Manchester (Daughters, Lingua Ignota, The Body) at Machines with Magnets in Pawtucket, Rhode Island, Atlas Vending.

Alex Edkins on “A Boat to Drown In:”

“The song is about leaving a bad situation behind. About overcoming obstacles that once held you back, rising above, and looking to a better future. The title refers to immersing yourself fully into what you love and using it as a sanctuary from negativity and a catalyst for change.” The band has shared a new video for the track which Video Director Tony Wolski sought to visually enhance and expand on these ideas. Wolski: “The song has a beautiful, crushing numbness to it that we wanted to mirror in the visual. So we chose to romanticize our main character’s descent into her delusions of love and togetherness. At a time when everyone’s simultaneously coping with some sort of isolation, a story about loneliness—and the mania that comes with it—seems appropriate to tell.”