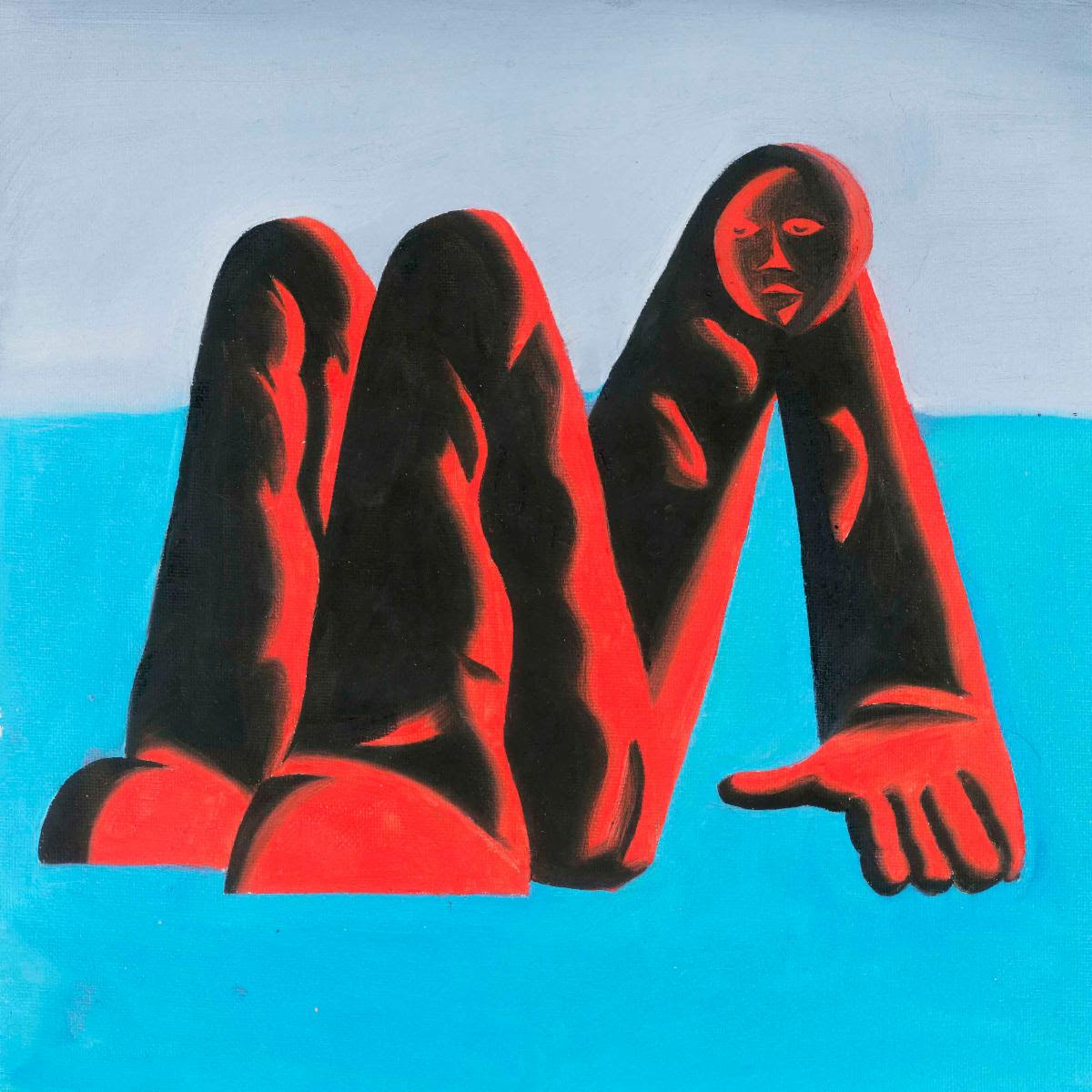 There are two song titles on King Krule’s new record, ‘Man Alive!’ that typify the LP’s overarching aesthetic and feeling. ‘Stoned Again’ and ‘Energy Fleeting’, whilst sonically are different, the connotations latched to those words are the same. Archy Ivan Marshall’s latest offering is a languid glide through lo-fi soundscapes that are merged with mumbled vocals; like being high from toking on a fat one, ‘Man Alive!’ is enveloped in a near-constant lackadaisical fug. If we’re talking about energy fleeting, Marshall’s latest album might as well be a teenager that can’t be fucked to get out of bed, even when it’s 4pm.

It’s a peculiar album, it’s almost the sonic equivalent of when you can’t work out if you’re awake or asleep. The use of sparse, free-form jazz textures combined with Marshall’s drawled, spoken-word vocals make your eyelids hang heavy. It feels less of an album of fully formed material and more like a collection of unreleased B- sides, demos and rarities.

Amongst the snippets and clutches of ideas, handfuls of tracks cut through the hazy, slow-mo dope-fug of ‘Man Alive!’. The aforementioned ‘Stoned Again’ sounds like what Joe Strummer might have made had he been born in the 90s and grow up listening to Burial, but his parents played him The Specials’ ‘Ghost Town’ as a lullaby before bed. Tick-tocking beats and frazzled guitar give ‘Comet Face’ a Gorillaz-esque vibe, while the constant background chatter gives the track a claustrophobic, paranoid feeling. Whilst remaining songs are borderline nondescript distant hums made up of fragments of sounds, combined with mumbled, slurred vocals, there are some nice lyrical touches. ‘Alone, Omen 3’ delicately documents a struggle with mental health “the ache of thunder in the storm of your mind”, ‘Airport Antenatal Airplane’ has Marshall taking on a caring angle, as he reassures an unnamed person with “feel the weight of the world go”. Final track ‘Please Complete Thee’ contains the touching sentiment of “why aren’t you near me/what stars are you under/if only I could hear from you right now”.

The record’s title is borne from Marshall wanting to have something that reflects the times we live in but exaggerated, “I wanted it to be ‘Man Alive!’ – super-Americanised, like a saying from Adam West as Batman”. The album itself is the polar opposite of that notion; BAM! KAWPOW! It is not.