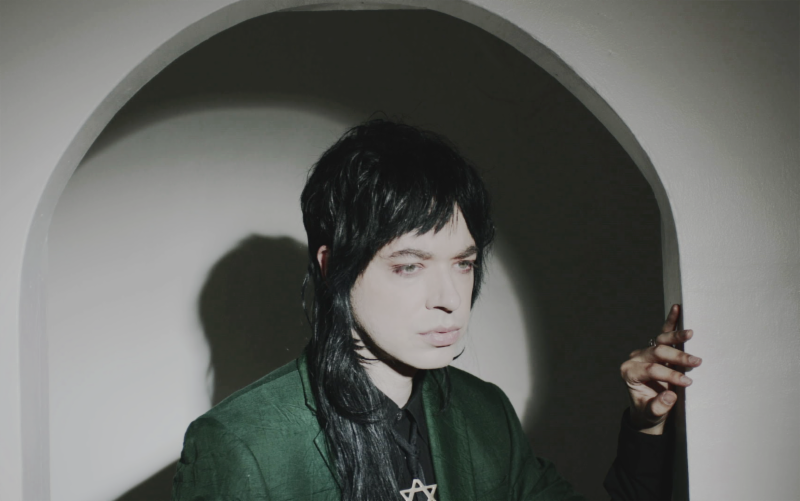 songwriter/producer/artist Lawrence Rothman has announced his debut album The Book of Law, out October 13th on Downtown/Interscope Records. Produced by Justin Raisen (Sky Ferreira, Angel Olsen, Charli XCX, Health, Kim Gordon) along with producer YVES and Lawrence Rothman, the album features Marissa Nadler, Angel Olsen and Kristin Kontrol and some of the most unique factions of players seen contributing to one project like Carla Azar (Autolux), Pino Palladino (D’Angelo, NIN, The Who), Stella from Warpaint, Duff McKagan (Guns N’ Roses), Dennis Hamm (Thundercat) and How To Dress Well.

His first song off the album ‘Wolves Still Cry’ begins the journey through Lawrence’s alters and features background vocals by How To Dress Well.

Two years in the making, the dark and triumphant album is an incredibly personal body of work about struggle and discovery of oneself.The project embodies the 9 physical & emotional alters of Lawrence – as if the Cindy Sherman of the music world with a different alters for every video (all directed by the revered director Floria Sigismondi (David Bowie, Björk, Marilyn Manson, Justin Timberlake, etc)).

Though multi instrumentalist Rothman played many of the instruments himself on the album he and Raisen were able to recruit Dennis Hamm (Thundercat, Flying Lotus) on piano, Pino Paladino and Duff McKagan (Guns N’ Roses) on bass along with Carla Azar (Autolux) and Stella Mozgawa (War Paint) on drums. He had no relationship with any of these musicians prior to the recording of the album. They were all cold called by Raisen after late night recording sessions by the two dreaming and lamenting on who would be best for certain songs.