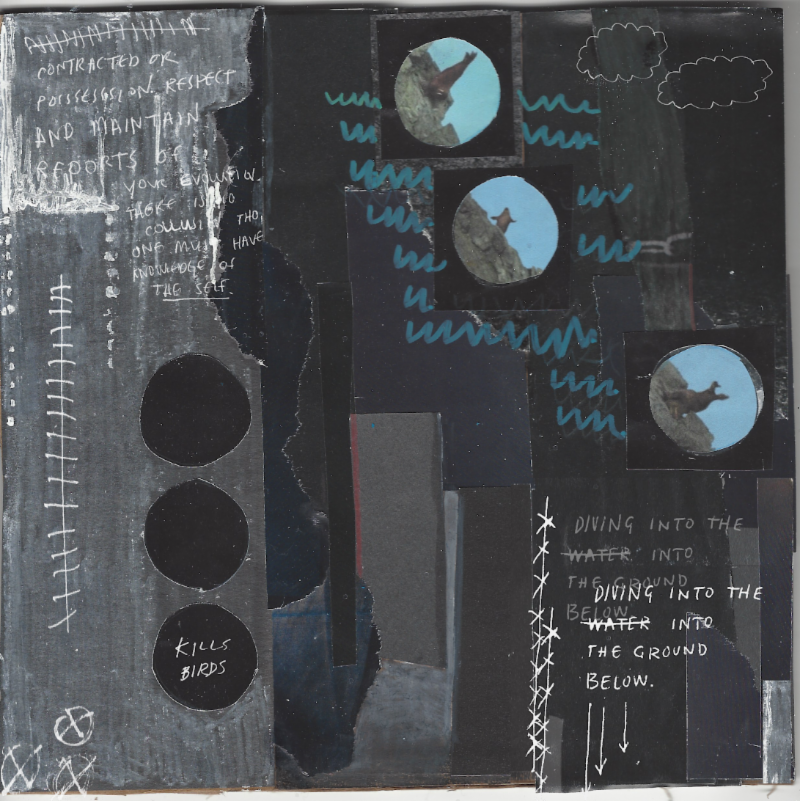 Kills Birds began as a secret project between vocalist Nina Ljeti – an award-winning Bosnian-Canadian filmmaker, now living in L.A. – and guitarist Jacob Loeb but in 2017, evolved into a full-fledged band with the addition of Fielder Thomas (bass) and Bosh Rothman (drums). Among the band’s earliest fans was producer – and KRO Records founder – Justin Raisen, who not only signed Kills Birds to his growing label roster, but opted to produce their remarkable debut album as well. Recorded nearly live over an intense eight-hour session, KILLS BIRDS expertly captures the band’s on-stage energy.

“The album is very personal,” Ljeti says. “As a whole, it has no concept, but each song is reflective of what I struggled with, and continue to struggle with. Feelings of insecurity, anxiety, inadequacy, and ultimately love. Love is the main driving force behind everything I create.”

“The instrumentation helps clarify those feelings,” she continues. “When Jacob and I write, Jacob is able to understand what I’m feeling, and he uses the instrumentation to elevate the piece to a whole new level. He honors the words and challenges me to find the best method of expression. His contribution is brave- he works without ego to benefit the emotion of the song. Same goes with Fielder and Bosh. Completing the puzzle. We are all emotional beings. And we struggle with what everyone struggles with. Our ultimate goal is to stay true to that, no matter what. We play together because we crave honesty, and we want to do justice to love in all its forms.”