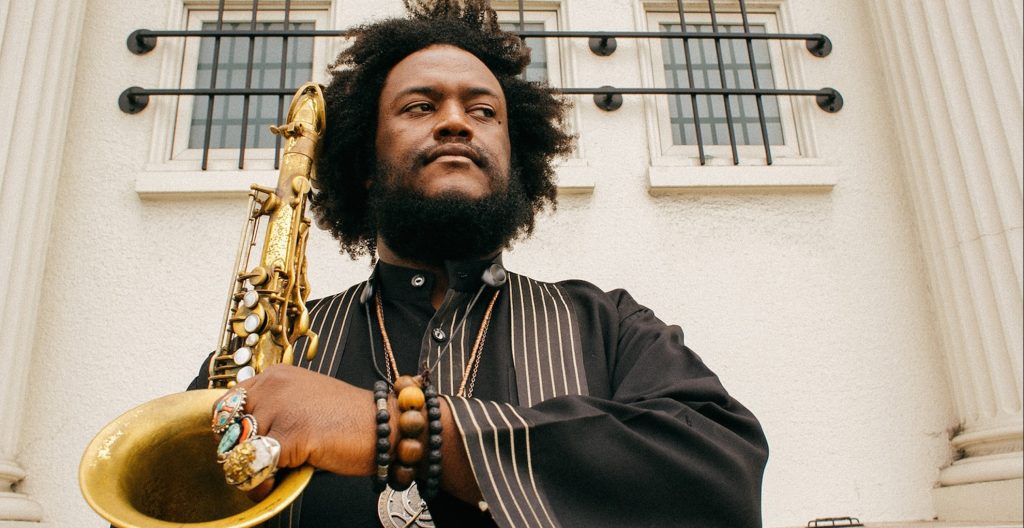 “Hub-Tones is me trying to connect my ancestors via music,” says Washington. “As an African-American, a lot of us don’t know the country of our origin, that’s why most of us take on the ideology of Pan-Africanism. I was trying to connect to my ancestors by connecting African rhythms with a Freddie Hubbard tune which gave me that connection in a different way.”

director Jenn Nkiru on the video for “Hub Tones”:

“With the visual for Hub-Tones, I wanted to invoke the immediate ecstatic connection it gave me: There’s a traditional ceremony called Oboni in the Ikwerre tribe, my parents’ tribe — the tribe of my heritage. The idea is through repetition, instrumentation and movement, to channel spirit, going deeper and deeper with the changing of each tone within the music till it becomes hypnotic and transcendent. I felt this level of immediate connection to Hub-Tones plus with this being a Freddie Hubbard cover and him being the king of tones in jazz it all felt so symbiotic and fated. I then went about giving the women featured the choreography, movement and codes to take us deeper into that spirit-space. I was also thinking about what an abstract Pan- African connection could feel like so I included the Pan African Flag For The Relic Travellers' Alliance by artist Larry Achiampong, make-up and crystal adornment in the style of Nina Simone and the lighting seen in the courthouse of the hearings of Anita Hill and of course — the call to Nation Time emblazoned on the sashes of each women. There are other hidden gems too but i’ll allow the audience to uncover them”

London-based director Nkiru recently directed 2nd Unit for director Ricky Saiz’s Beyonce and Jay Z’s much talked-about ‘APESHIT’ video. She is current a resident artist at Somerset House (more information HERE ) and will celebrate the release of the “Hub-Tones” video with a real world screening at the studio on the evening of Wednesday 17th October.