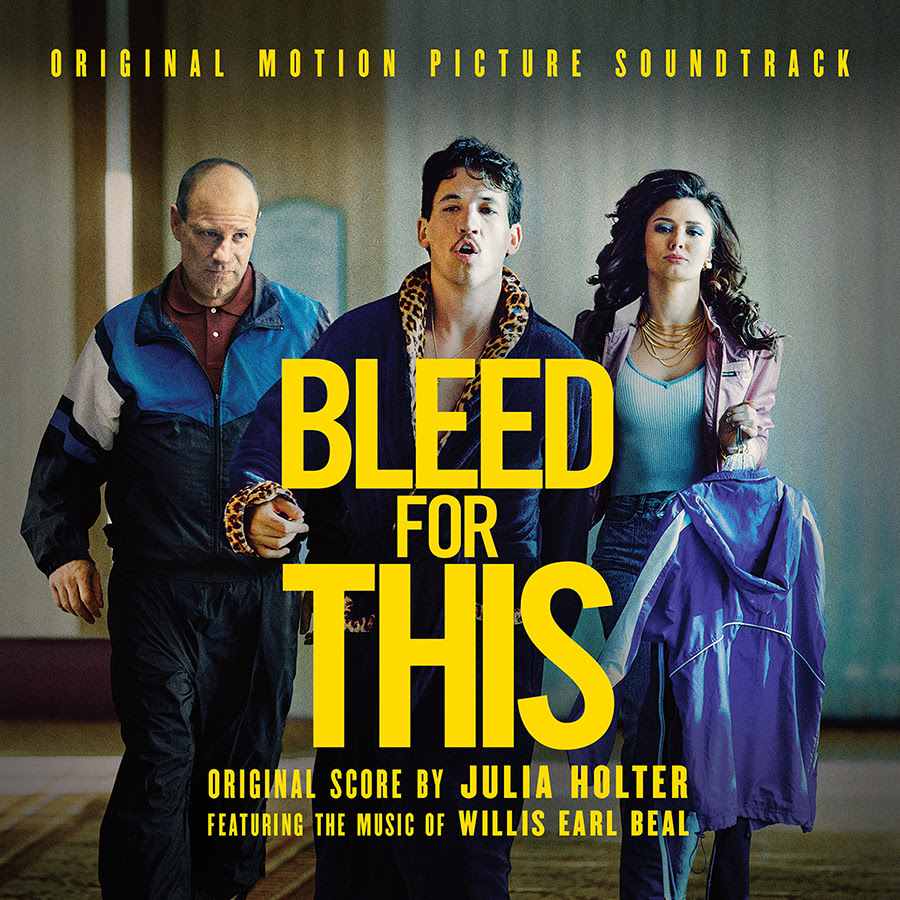 LA-based musician Julia Holter has composed the original score for the forthcoming Ben Younger-directed film Bleed for This. The soundtrack will be released digitally on Nov 18 and physically on Nov 25 by Milan Records.

Director Ben Younger (Boiler Room, Prime) discovered Julia Holter by chance. “The first time I heard Julia Holter’s voice was in a rental car driving on La Brea listening to Morning Becomes Eclectic on KCRW,” he says. “It was one of those moments when you know you will love a song three notes in. You just know. I ran straight back to my friend’s house where I was staying, downloaded the album, hit the repeat button and wrote all morning while that song played.

Two years later I asked Julia to come work with me on Bleed For This. She had never scored a film before but her emotional acuity and musical genius allowed for a seamless transition. Julia does not score by the numbers. To be reductive in the interest of space, the woman is highly unconventional. And while she hits all the emotional beats in a scene, if you listen to the music without picture you may wonder what the fuck is happening. Mate it to picture, however, and it becomes revelatory. I LOVE this. I am a big proponent of giving people jobs that are completely outside of their wheelhouse. The results can be dramatic, as they are here.”

OPEN ROAD FILMS is releasing Bleed For This in the USA on November 18. Bleed for This is a 2016 American biographical boxing film written and directed by Ben Younger and based on the life of former world champion boxer Vinny Paz. The film stars Miles Teller as Paz, with Aaron Eckhart, Katey Sagal, Ciarán Hinds and Ted Levine in supporting roles. The film tells the inspirational story of World Champion Boxer Vinny Pazienza (Miles Teller) who, after a near fatal car crash, which left him not knowing if he’d ever walk again, made one of sport’s most incredible comebacks.

The soundtrack also features 3 songs by singer/songwriter Willis Earl Beal, which plays a very important role in the film, as well as other eclectic selections from George Michael, Audio Two, Bad Company, and Billy Squier. Younger said of his fandom of Beal, “Willis Earl Beal is one of the great artists of his generation. A true talent, he struggles and squirms and explodes in his artistry. The man’s true-life struggles are spoken neither in parable nor allegory. You hear them quite clearly in his music, the result being some of the most honest, raw blues since the likes of Robert Johnson and Junior Kimbrough. I am moved by his voice and his struggle and they have both lent much emotion to my film.”