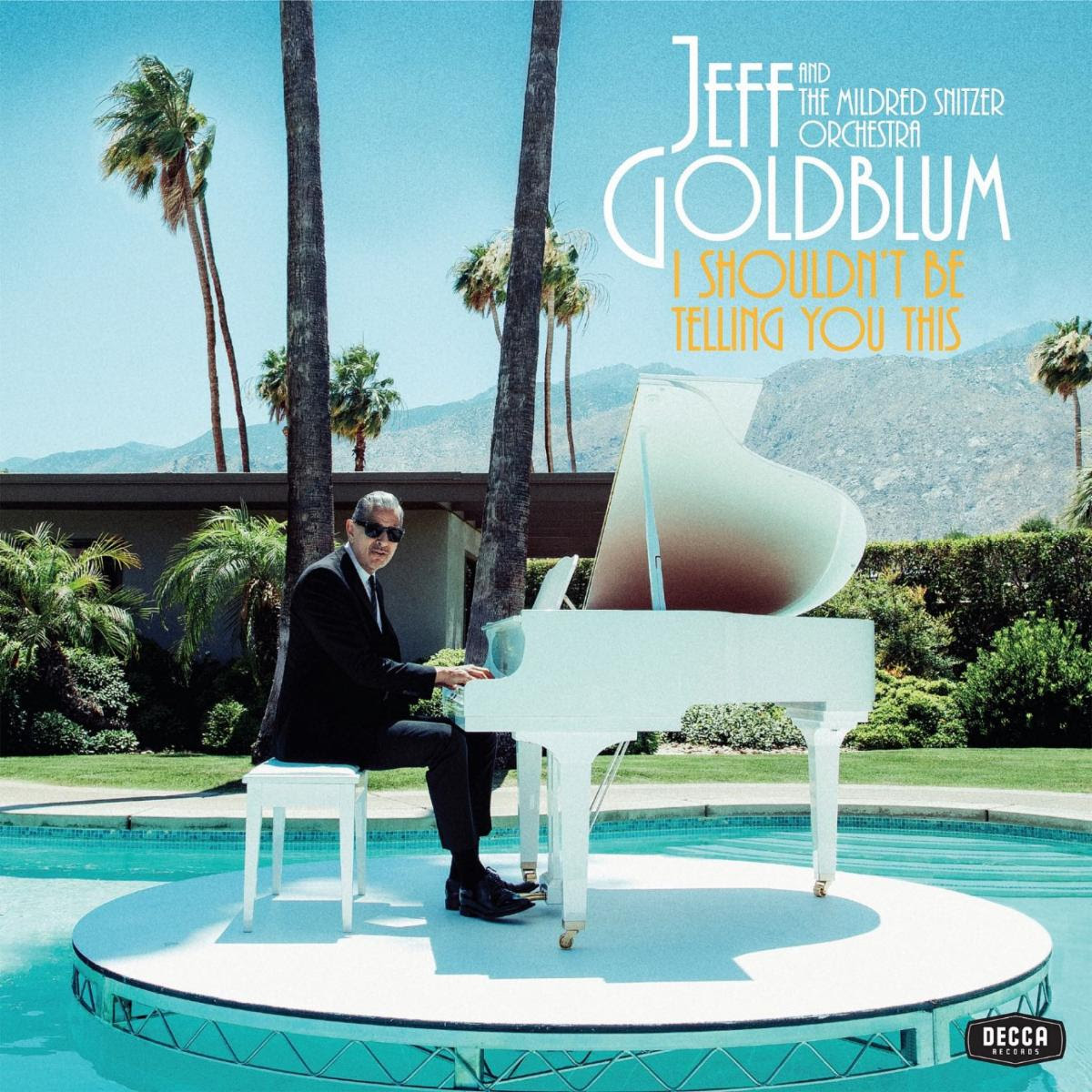 Jeff Goldblum has shared details of his new album, as well as a duet with Sharon Van Etten. With his long-time band The Mildred Snitzer Orchestra, I Shouldn’t Be Telling You This will be released on November 1st via Decca Records. Recorded in the heart of Hollywood, at Henson Recording Studios (home to records from Herb Alpert, John Lennon, The Carpenters, Joni Mitchell and Carole King). Ahead of the album’s release Goldblum has shared the album-track “Let’s Face The Music and Dance,” featuring Sharon Van Etten.

Jeff Goldblum on I Shouldn’t Be Telling You This:

“I’m crying with ecstasy over this new album. Creatively, I’m happy as a clam. This collection of cohorts (cream of the crop), with whom I get to cavort, is outa this cosmos. Ouch, my crackling cranium! I’m crowing!!!”

Goldblum has assembled an extraordinary gang of vocalists from all walks of musical life, some of whom reveal their jazz voices for the very first time. Following the triumphant Glastonbury performance, acclaimed singer-songwriter Sharon Van Etten stars on the first single, Irving Berlin’s classic number ‘Let’s Face The Music and Dance’, out today. Also joining Jeff is Brit Award and Mercury Prize nominee Anna Calvi, for a mash-up of Wes Montgomery’s ‘Four on Six’ and Marianne Faithful’s ‘Broken English’. The 1954 Frank Sinatra hit ‘Don’t Worry ‘Bout Me’ features Grammy Award-winning Fiona Apple, Sonny & Cher favorite ‘The Beat Goes On’ is sung by American singer-songwriter Inara George, and the 1939 hit ‘If I Knew Then’ is recorded here with one of LA’s most in demand jazz singers, Gina Saputo. There are also two more special guests, to be announced soon.